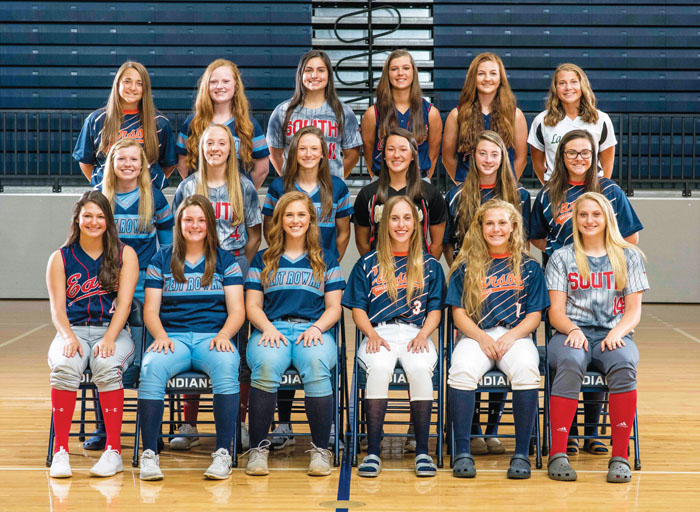 SALISBURY — Carson senior pitcher Rylie Stewart got on a roll in mid-April, and her team rolled with her.

Carson reeled off 11 straight victories, suddenly turning a ho-hum 9-6 campaign into a 20-6 party.

Carson would finish 20-8, losing to eventual 3A champion Alexander Central in the West championship series.

Stewart, the Rowan County Player of the Year, took a break when the Cougars played Statesville, the bottom team in the North Piedmont Conference, but she was in the circle for the other 10 games in that streak. All 10 were complete games for her. Her ERA in that sizzling stretch was 0.80, with 57 strikeouts. She had five straight shutouts, all against winning teams. One was in the NPC tournament championship game and two came in the 3A state playoffs. There was a no-hitter mixed in against a pretty good South Iredell squad.

“Oh, I don’t know, I can’t really explain what happened,” Stewart said with a chuckle. “I do know it was a fun ride, everybody coming together and playing great as a team the way we did. The biggest thing is we were able to keep it fun. Even after we got on that winning streak, we were able to keep that underdog mentality, so there was never a lot of pressure.”

“I think she’s someone who’s been really good for a while, but she didn’t get a lot of credit for it earlier in her career,” Carson head coach Charissa Duncan said. “She’s not gifted, not like someone like Owen White is gifted, but she’s a worker. When she puts her mind to something, she going to do whatever she needs to do to get better. She loves the game, she loves to play, and it shows.”

Carson (20-8) set the school record for wins and shared the NPC championship with West Rowan. Carson has won conference tournaments in the past, but this was the first time Carson had won anything in the regular season. The conference crown gave the Cougars a No. 4 seed for the playoffs and they took advantage of a string of home games.

Carson had won just two playoff game in the school’s history, but it won four this time.

“The circle is a great place to have one of your senior leaders,” Duncan said. “Riley and our other seniors weren’t going to let anyone let up. They were always like, ‘Yeah, we won that one, but now let’s win this one.'”

Some of the more memorable moments in Carson’s season occurred when the Cougars won unexpectedly at West Rowan late in the regular season. That was one of Stewart’s shutouts. Her teammates caught everything that day, and Kaitlyn Honeycutt had a huge, game-winning hit. That’s when Carson gathered the momentum for its closing rush.

Stewart often helped herself at the plate this season, batting .329 with 16 RBIs, but it was in the circle where the future Greensboro College hurler was special. And she led her team to special things.

“It all felt so good,” Stewart said. “But I realize it was never me. It was my team. They backed me up, they got the hits. I loved this team, and I’ll never forget it.”

Junior shortstop Katie Jewell also had a tremendous season for the Cougars, batting .435 with 29 RBIs, while freshmen Kary Hales and Liza Simmerson swung clutch bats and tightened the infield defense.

West sluggers Mary Sobataka, a junior third baseman who had nine homers and 31 RBIs, and Parker Greene (6 homers, 30 RBIs), a senior catcher, were the 2017 co-players of the year, and teamed with freshman Taylor Walton (7 homers, 33 RBIs) to lead the Falcons to another fine season (18-8, 8-2 NPC).

East senior Caroline Johnson was having a player of the year season until she was injured on a slide into home.

Salisbury’s Ellen Yang was her team’s MVP as a freshman.

Prep softball: Carson’s Duncan is Coach of the Year