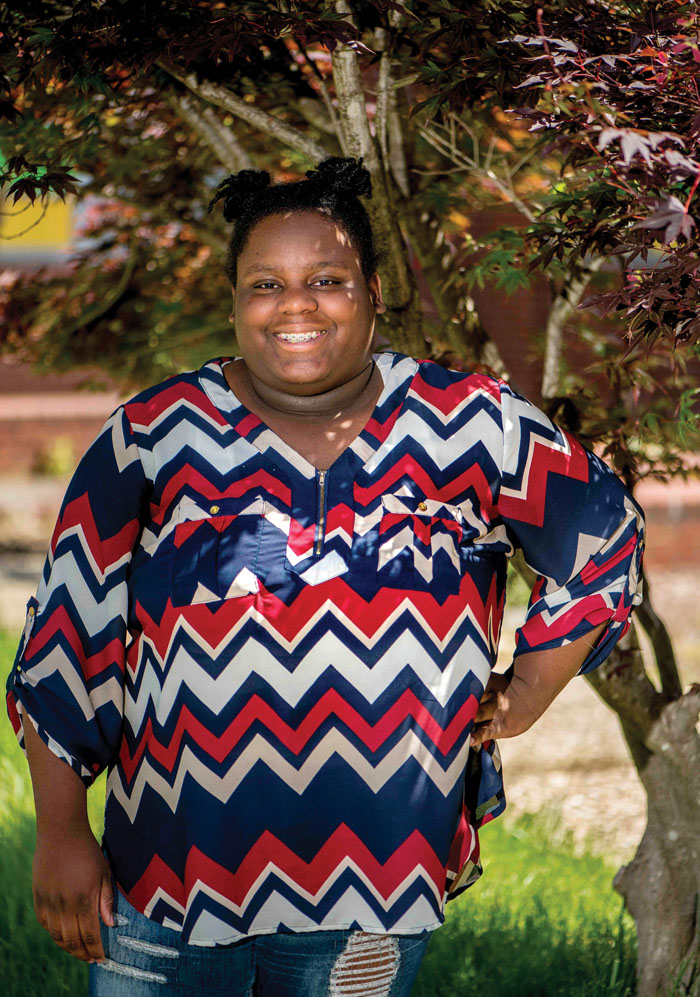 When Kierra Wilson walked across the stage at North Rowan High School’s graduation, she knew the accomplishment had not come without a fight.

When Wilson was 9, she lost her mother.

“I remember that day just like it was yesterday,” she said.

Wilson’s father picked her and her sisters up from school, took them to her grandmother’s house and broke the news. Her mother had been sick and in the hospital, so the news wasn’t exactly unexpected, but it hit hard.

“At that moment, I couldn’t find the words to explain what I was feeling,” she said.

Wilson managed to keep her grades up, but fell apart when she got to high school.

“I didn’t care that much about my classes,” she remembered.

At the end of freshman year, Wilson had a 2.8 GPA. When she started her sophomore year, she knew she had to change. Even as a sophomore, Wilson knew she wanted to attend the University of North Carolina at Greensboro, so she looked up the entrance requirements and got focused.

She had a good support system, including a teacher who helped her discover her passion and career path. At the end of senior year, her GPA was 3.5.

“I came into high school not expecting to try my best. But eventually that all turned around,” she said.

Wilson also struggled with maintaining extracurricular activities. Freshman and sophomore years, she tried out for the school dance team but had to quit when it started affecting her grades.

She also played trumpet in band and joined extra clubs.

In the fall, Wilson will attend UNC-Greensboro and plans to double major in biology and pre-veterinary science. She hopes to become a veterinarian.

“I feel like animals deserve just as much help as humans get,” she said.

For Wilson, graduating was bittersweet.

She encouraged incoming freshmen to work hard and to make connections. Both will pay off in the future, she said.

“Take high school seriously, but also enjoy it — get involved in clubs, because I promise you these four years are going to fly by,” she said.

Spencer gets preview of Park Plaza