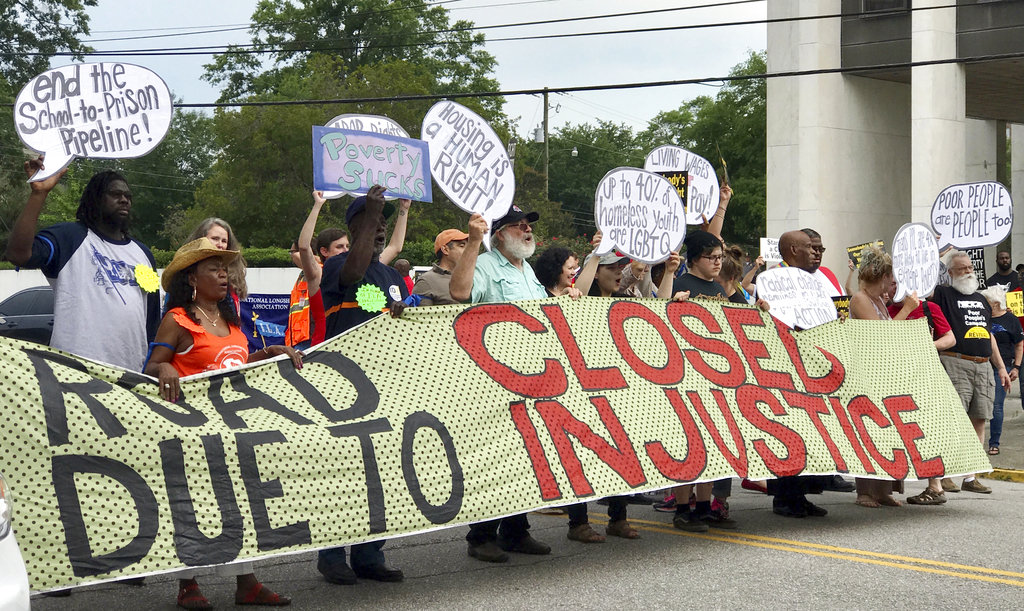 Protesters with the South Carolina Poor People's Campaign prepare to block a street in Columbia, S.C., on Monday, June 11. Nearly 20 protesters were arrested as they called for more money for schools and teacher salaries. (AP Photo/ Christina L. Myers)

This year America and the world marked the 50-year anniversary of the deaths of the Rev. Dr. Martin Luther King Jr. and Robert Kennedy. In 1968, Dr. King began implementing the core values of the Poor People’s Campaign. At the same time, Bobby Kennedy’s campaign focused on the same principles: Civil rights for all people and the end of the war economy.

We are 50 years down the road and yet, we are still steeped in deepening poverty, systemic racism, attacks on voter rights, ecological devastation and harsh immigration laws.

A National Call for Moral Revival is in its fifth week of 40 days of peaceful, direct action at state capitals across the nation every Monday. This week’s action item is on education, jobs with living wages and fair housing.

The campaign will culminate on June 23 in Washington, D.C. Please stand with me and your community to support the goals of this campaign, poorpeoplescampaign.org

Isaiah 10:1-2 says: “Woe to those who make unjust laws; to those who issue oppressive decrees; to deprive the poor of their rights; and withhold justice from the oppressed of my people; making widows their prey; and robbing the fatherless.”

Letter: Why so beholden to Putin?