Letter: Families are being torn apart 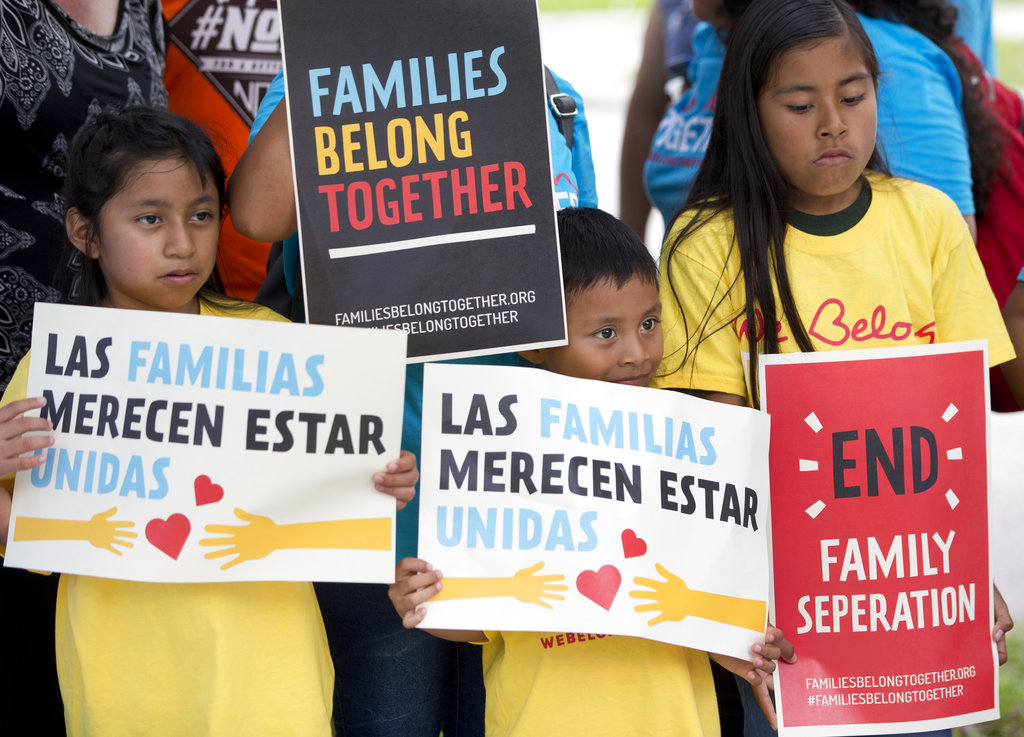 A group of children hold up signs during a demonstration in front of the Immigration and Customs Enforcement (ICE) offices June 1 in Miramar, Fla. The children were taking part in the Families Belong Together Day of Action, where demonstrators in cities across the U.S. protested against separating immigrant children from their families. (AP Photo/Wilfredo Lee)

The letter in the June 6 Post from Walter Leather (“Our border kidnappers”) was right on. Is there anyone out there who, if your child were taken away, wouldn’t cry in a great, depressed manner? Some children cry when a parent merely leaves the room. Germany under Hitler forcibly took children from their parents, and some were killed in front of the families.

I can’t believe that this is happening in our country. “Heartless” is Mr. Trump’s new name. I remember the keepers of the concentration camps saying, “We were only doing our jobs,” as if that made it okay.

Apparently, our Border Patrol people fear for their jobs. Melania Trump stayed in New York for her child to finish his school year, knowing the importance of being with him. Does President Trump care? Not as a parent, he doesn’t.

He’s doing this to get his wall. Our Border Patrol shouldn’t have to follow his drum. For the love of God, get that man impeached. Let the children be returned to their families. If they must be jailed, keep the families together. This is cruel and indecent treatment.