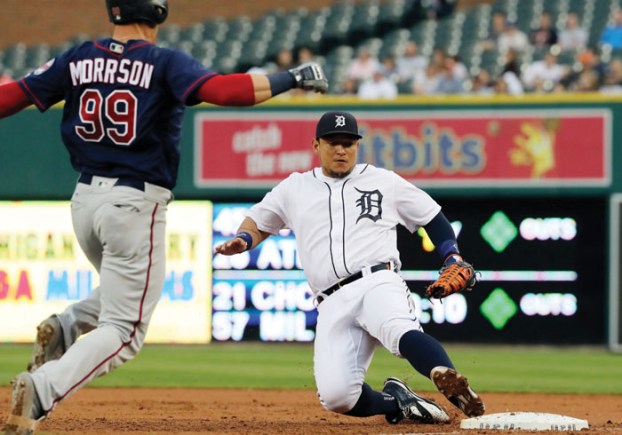 Detroit Tigers first baseman Miguel Cabrera slides into first after fielding the grounder hit by Minnesota Twins' Logan Morrison (99) for the out during the third inning of a baseball game Tuesday, June 12, 2018, in Detroit. (AP Photo/Carlos Osorio)

Tiger looking for a win, the final piece of his return to golf