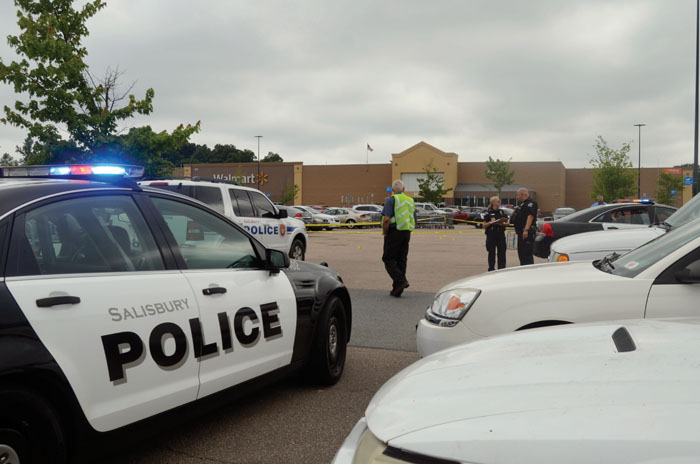 SALISBURY — A man was injured in a drive-by shooting in the Walmart parking lot Tuesday, according to the Salisbury Police Department.

The man was later found to be driving a stolen vehicle, police said.

Lt. Greg Beam said two people were walking in the parking lot when one of them was grazed in the buttocks by a gunshot. He was treated at the scene.

The other person was not injured but was temporarily detained and then released. Police say that person is not connected to the theft of the vehicle and did not know it was stolen but was a passenger in the car.

Police blocked off an area in the parking lot to collect evidence and take photos of the scene. Officers were also parked in the median on South Arlington Street as well as at nearby Fairview Heights Park.

No names were released, and it was not clear if arrests had been made as of late Tuesday.