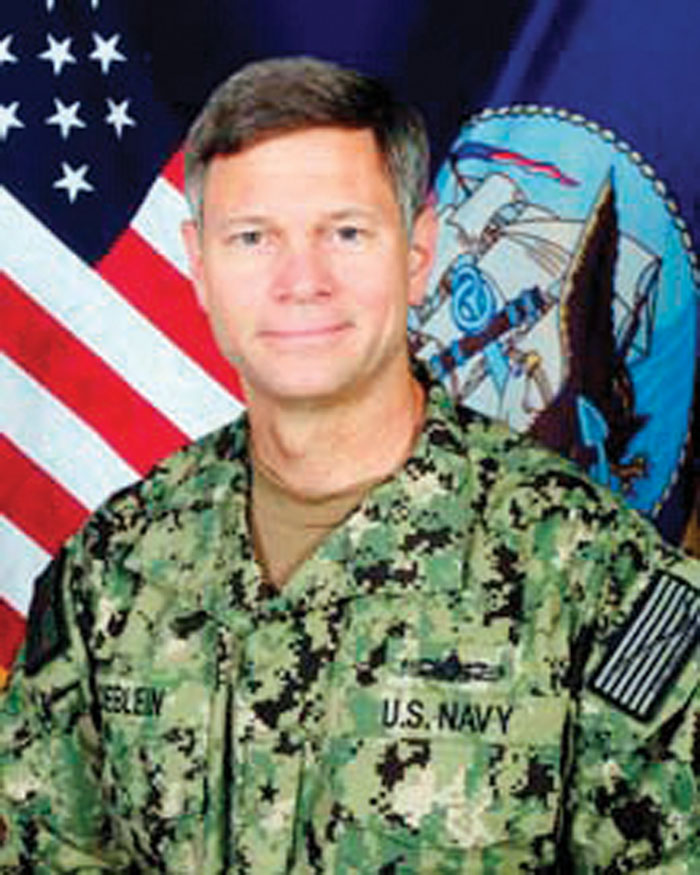 A Salisbury native and 1981 graduate of Salisbury High School, Loeblein is chief of legislative affairs for the secretary of the Navy.

The meeting will be at Rufty-Holmes Senior Center. Lunch will be catered by Debbie Suggs. The cost is $7.

The meeting is open to the public.

Reservations can be made with MOAA treasurer Robert T. Loeblein, 702 Hidden Creek, Salisbury, NC 28147 or 704-636-4766. Give the names of those attending, a contact telephone number and a check or cash for the lunch.

Loeblein is a 1985 graduate of the U.S. Naval Academy. He holds a master of science degree in electrical engineering from the Naval Postgraduate School in Monterey, California, and a master of arts in national security and strategic studies from the Naval War College in Newport, Rhode Island.

At sea, Loeblein has served on the USS Meyerkord, USS Conolly and USS John S. McCain.

On land, Loeblein was assigned to the Joint Staff as an Asia Pacific political-military planner and was selected a 2002 U.S. Fellow to the Asia Pacific Center for Security Studies. He also served as executive assistant to the commander of the U.S. 3rd Fleet and chief of staff and Maritime Operations Center director to the commander in Manama, Bahrain.

In addition, Loeblein served as Navy Senate liaison in the Office of Legislative Affairs. He also is a graduate of the Massachusetts Institute of Technology Seminar XXI program.

Loeblein has earned various personal, campaign, unit and service awards. His twin brother, Tom, a Marine, lives in Salisbury, as do his parents, Robert and Ann Loeblein.