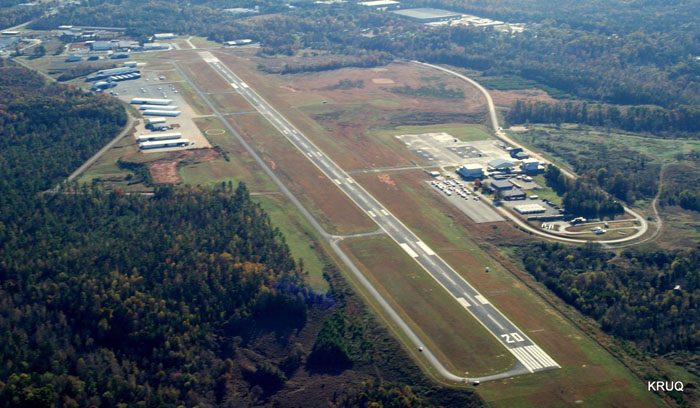 Mid-Carolina Regional Airport is scheduled to get upgrades to its runway. N.C. Department of Transportation photo

Improvements are coming to Mid-Carolina Regional Airport, and a temporary closure is needed to make the changes.

Mid-Carolina’s runway and taxiway will close June 25 and reopen July 8 to allow for the removal of the top layer of pavement and the installation of new pavement.

Nighttime closures about 30 days later will allow for final work and new painting.

The closure is part of a runway overlay that includes adding a slight ridge in the center of the runway and slots in the pavement to help water run off faster. This will allow aircraft, especially larger planes, to land safely in bad weather.

Other activities at the airport will not be affected. Pilots will still be able to access their aircraft and hangars. Helicopters, including those in the Army National Guard Blackhawk Unit based at the Salisbury airport, will also be able to operate as normal.

The project is funded largely with $2.8 million in grants from the N.C. Department of Transportation’s Division of Aviation.

Known as Rowan County Airport until a name change in August 2017, the airport directly contributes more than $62 million annually to the state’s economy and supports 710 jobs in the region, airport officials said.

The Brown Eyed Suzy will close its doors July…