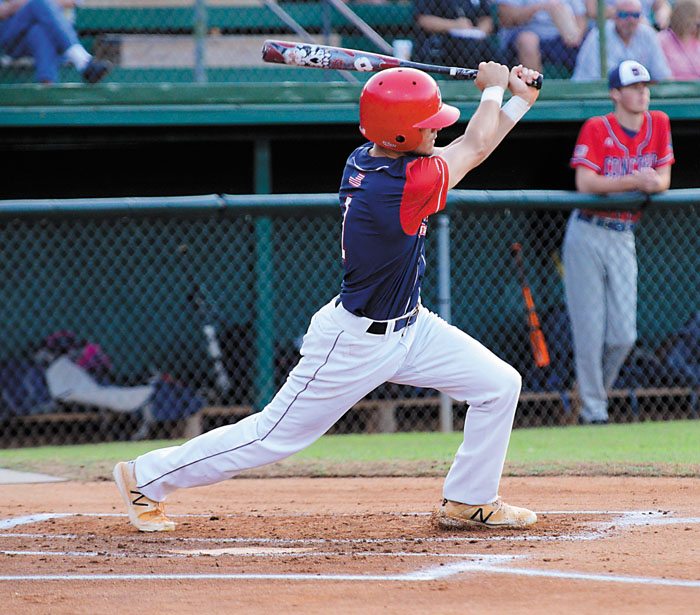 There were bright spots — three hits by lead-off man Clayton Gilmore, some inspired relief pitching by Jake Perez, a clutch knock by Bryson Wagner, and a booming double by Chandler Lippard. But Rowan, now 10-4 after jumping out of the blocks with nine straight victories, couldn’t overcome mental mistakes in the field, a handful of misplaced pitches and careless base-running.

Despite everything that went wrong, Rowan had a chance right down to the last swing. Rowan had two men on the ninth — yes, they played nine innings— when reliever Chris Moxley got slugger Luke Barringer to bounce to shortstop for a game-ending fielder’s choice.

Rowan led twice, but Cherryville hit the ball more consistently. After getting two quick runs at the outset, Rowan didn’t do much offensively between the first and the sixth against veteran Cherryville hurler Jared Emory.

Rowan lefty Maddux Holshouser started and lasted three innings. He got two strikeouts in the bottom of the third with the bases loaded when Cherryville had a chance to break it open.

Rowan reliever Daniel Sell pitched well in the fourth and fifth. Rowan trailed 4-2 going to the sixth. That’s when Rowan made a bid to win the game. The critical at-bat fell on the shoulders of No. 8 hitter Bryson Wagner. With two on and two out and Rowan down, 4-3, Wagner banged a crisp single up the middle to greet reliever Noah Eaker. The shortstop’s big hit plated two and gave Rowan a 5-4 lead.

But the bottom of the seventh proved decisive. Cherryville loaded the bases with no outs against Sell with a single, a walk and an attempted sacrifice bunt that turned into a base hit when Rowan failed to cover first base. Then No. 9 batter Dayne Homesley cleared the bases with a shot down the third-base line that he stretched into a sliding triple. Austin Treadway’s hit chased Homesley home, and Post 100 led, 8-5.

Rowan got one run back in the eighth, keyed by Lippard’s double, but Moxley ended the inning with a strikeout, Then he got Rowan out in the ninth.

Rowan left nine on base and experienced base-running mishaps that wiped out scoring opportunities in the third and fifth.

Cherryville left 13 on base. Holshouser, Sell and Perez, who struck out the side in the eighth, executed key pitches with men on base to keep Rowan in the game.

Rowan announced a late addition to the schedule on Tuesday. Rowan will host Jefferson County (Ohio) on Thursday afternoon at Newman Park at 1 p.m. Jefferson County has another game scheduled for Thursday night on its tour of North Carolina.

Rowan will be home all weekend for games in the NC/SC Challenge. Rowan, Randolph and Garner are taking on Florence, Sumter and Rock Hill in the annual Challenge.