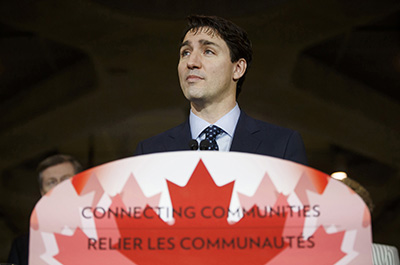 From an editorial in The Toronto Star:

Well, isn’t this a fine (possibly soon-to-be-tariffed) pickle we’ve gotten ourselves into?

We’re still reeling up here about your president’s whirlwind visit to Canada and its acrimonious aftermath. We feel a little like Dorothy Gale must have after that fabled tornado in Kansas. The landscape suddenly looks a whole lot different.

But here’s the thing you need to know. As Sally Fields might have put it were she Canadian: We like Americans. We really like you. Even now.

All of us have a special part of America in our heart, whether it’s a beach in Maine, a ballpark in Pittsburgh or Boston, a winter respite in Florida.

So we need you to know that we don’t hold all Americans responsible for the recent burst of rudeness and insult bestowed on our prime minister by your boorish president and his lackeys.

We know that more of you voted for the other candidate than for him. Like many of you, we expect the distemper of current times to pass along with his temporary occupancy of the White House.

We know that many of you are as appalled by him as we are. …

This week we’re particularly gratified by the many Americans who have written to Canadian newspapers to apologize and launch messages of goodwill with #thankyouCanada hashtags.

We understand close relationships. Sometimes you hurt the ones closest to you. It’s usually the speech by a weird uncle, not a stranger, that messes up the wedding reception.

Still, we won’t say it didn’t hurt to have your president treat old friends like enemies at that G7 summit meeting in Quebec, and then fly off to Singapore to embrace dubious strangers as bosom pals.

What can it mean when an American president dismisses the Canadian leader as “weak” and “obnoxious” and then gushes over the North Korean dictator as “very smart” and “talented”? We get that the president’s job is to stand up for his own country’s interests. But it’d be nice if he extended as much courtesy to his closest allies as he does to those who threaten to incinerate his cities. …

But throwing snits is not really the Canadian way. We know we’ve gotten a bit cocky lately at Olympic Games and such. But usually we just smother folks in niceness.

Just remember, you’re always welcome here. In fact, we’d like to invite all of you to come on up this summer and renew acquaintances if you’ve visited before, or get to know us better if you haven’t. …

See ya this summer.