Q&A with Dale Folwell: ‘There’s just a tendency to kick the can down the road’ 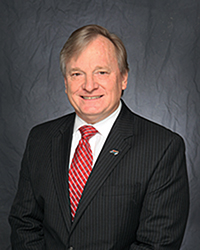 Securing the future of the state’s pension and insurance programs could secure the future for other parts of state and local government, says Dale Folwell, North Carolina’s state treasurer.

Folwell, in Salisbury recently to address the Salisbury Rotary Club, shared that and other insights during a Q&A interview. Here is an edited transcript of that interview:

Q: Were there any surprises for you when you got into office?

A: Everything. It was like an onion; the more you peel it, the more you cry. Nobody thought anything was wrong. We have not achieved the assumed rate of return on the pension plan that a lot of people in this room depend on for 20 years, and we’re not going to achieve it for another 20 years.

Q: Why is that going on?

A: It’s the nature, when you’re dealing with one of the largest pools of capital in the world — it’s the 26th largest pool of public money in the world — the numbers are so big and challenges so huge that there’s just a tendency to kick the can down the road. Now the can is the size of the USS North Carolina.

This ties back in with the Bill Gates quote that he said seven years ago. He said, “The single biggest threat to public education in the next two decades is how states account for their unfunded health care and pension funds.” It’s not Puerto Rico and it’s not Illinois. It’s Hartford, Connecticut, it’s Kentucky.

A: There are several major entities that provide about 70 percent of the health care in North Carolina, and all their contracts are coming up this year. They’re all geographic competitors, which doesn’t happen that often.

We have no choice. Our health care costs are going up at a faster pace than the governor or the General Assembly (expected). This is one thing they’re equally funding, at just a 4 percent increase.

Even though we have one of the biggest unfunded health care liabilities in the state, we have a unique opportunity to solve this in North Carolina. It’s a multi-faceted approach.

No. 1 thing is a new employee benefit statement. We have never shown the employees what the present value of our obligations is. … You can’t be in a relationship with anyone where you don’t get credit for what you’re doing in the relationship, and you get blamed for what you’re trying to do to it.

For example, we’re spending about $6,000 a year per employee on health care. This year, the contribution rate to our pension is going to be nearly 12 percent. That’s something they never, ever see in their W-2. That’s Round 1.

Q: What if Blue Cross Blue Shield says forget it?

A: They’re not our insurer. They’re our third party administrator. They represent us. That’s the second thing I’ve got to correct is that most people thing they’re our insurer. They never have been in the history of North Carolina.

Q: Who are the insurers?

A: We are. We’re self-insured. So for 40 years, this is what people saw on the front of their insurance card. So we’ve now redesigned it. It says, “Your state health plan, paid for by you and taxpayers like you.”

Q: What if Blue Cross can’t keep the costs down 15 percent?

A: Then we’ll have another discussion. People in this state are agonized over the fact that they can’t figure out the value or the cost of their health care.

It doesn’t matter what you do in life. It’s almost impossible to get a bill from a provider, an EOB (explanation of benefits) from an insurer and reconcile it with the codes everyone is supposed to be using, figuring out what you are paying. …

You sign these electronic forms (at doctor’s offices). … I asked last year, “Can you give me a copy of what I signed?” It took them 20 minutes. … You know what you’re signing? What they call either a facility fee or a balance of payments. Which means they can balance-bill you personally for whatever the insurance company doesn’t pay.

So, there’s just not enough light. Now, we may not like the light, once it gets there. But it shouldn’t be a mystery.

We don’t consume health care, it consumes us.

Q: You have also worked to get some people off the state health plan.

A: Not to get them off. We wanted to verify the people on the plan. We hoped everybody on the plan was supposed to be on the plan. And that’s not what we found. We found one person who said, “You caught me. I haven’t been married to that person for 10 years.”

A: We just lowered the assumed rate of return for the first time in basically 40 years.

The way this works, the employee contributes, the employer they work for contributes, like the Rowan County Schools. Then the money has to get a return over that 30-year period of time to produce a benefit for the rest of the person’s life. So the biggest component of that is what it earns, and it has not achieved that on average for 20 years.

So, why hasn’t it been lowered? Because the second I gaveled out of the meeting, the fundedness of the plan dropped. It was not as well funded as it was five seconds before.

The day before I did that, the plan was 91 percent funded. I could make it 100 percent funded by raising the rate of return, but we’re not achieving it.

The reason this is important to your readers is that, ultimately — T.S. Eliot said, hell is where nothing connects — all this connects. Everything we’ve talked about in all these pages connects back to the (state’s) Triple-A bond rating. The rating agencies … look at strength and whether our state is growing or depopulating. … One of the big things is a rainy day fund, business climate, tax code, balanced budget. The big thing they look at is the pension plan .

One of the reasons I did this is it’s the right thing to do. Secondly, it’s an acknowledgement to the rating agencies … that I understand what they’re saying about these unfunded liabilities and we’re trying to do something about it.

These issues are going to make a generational difference for the future of our state.

Q: Was your predecessor just sort of coasting along?

A: I always try to climb my ladder, not pull somebody else off theirs.