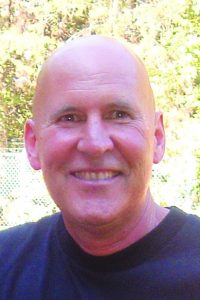 It is generally accepted that our national debt is now in excess of $21 trillion, and set to increase by nearly a trillion dollars a year for the foreseeable future. Dividing a trillion by a hundred million, (a very simple approximation of the number of federal taxpayers) we arrive at the number 10,000. That is $10,000 for each federal taxpayer or $20,000 for each household with two taxpayers (per trillion dollars in government spending).

Imagine the impact to your family finances if next year, you had to find that kind of money to pay the feds, so as not to increase our national debt by another trillion dollars.

Hence the reason the politicians in Washington have refused to effectively deal with our budget deficit.

The difference between our wants (lower taxes and better benefits) is simply too great when compared to our (questionable) desire to be financially responsible. And so we do the obvious, we borrow … and borrow … and borrow … with absolutely no intention of ever paying any of this back.

And we do all this borrowing at a time of peak employment, record corporate profits, a stock market at levels never seen before, and no worldwide military conflict or other international crisis on the order of a World War II.

We are observing firsthand the first time in American history when one generation is perfectly comfortable with passing on to the next generation a financially weaker and more impoverished government of the United States of America. Our mainline political parties find it easy to blame one another, but the net result is to continue digging a debt hole that this country may never be able to climb out of.

No credible government in human history has ever voluntarily, in times of overflowing prosperity, selected to do what we are in the process of doing.

We can, of course, blame the politicians, but really, how many of us are fine with saying to Washington, “do what needs to be done, raise my taxes, cut my benefits, whatever you think, just balance the budget”?

Other than a few zillionaires, not too many regular Americans.

And the moral and monetary issues that divide us as a people and are key components in our budget impasse, are very real and have the potential to explode apart this country in ways no one wants to contemplate.

Most of us know that kicking the can down the road is no grown-up way to handle this situation, and yet the answers are so hard to arrive at, and the curative medicine so bitter to consider, that we just keep choosing to do the easy wrong instead of the very hard right.

It was recently announced that Medicare will be insolvent by 2026 (more dollars going out each month than dollars coming in) and Social Security by 2034. These are programs totally necessary for the well-being of millions of Americans, and yet the federal government continues to ignore the onrushing tide of fiscal red-ink for fear of voter backlash. What? Raise my taxes? Reduce my benefits? Not a chance, Mr. Politician.

At some point, does our debt load become unsustainable? At some point, does the annual interest we pay to service the debt, crowd out social services or military spending in much the same way a cowbird chick does in a nest full of robin biddies?

At some point, do we simply fail as a nation and leave to God and the history books the final judgment on our legacy?

Because human failure really is an option.

Bill Lowe is a resident of China Grove.

My Turn, Lawrence Persinger Jr.: Where will children go?