Lynna Cark: A jig for that 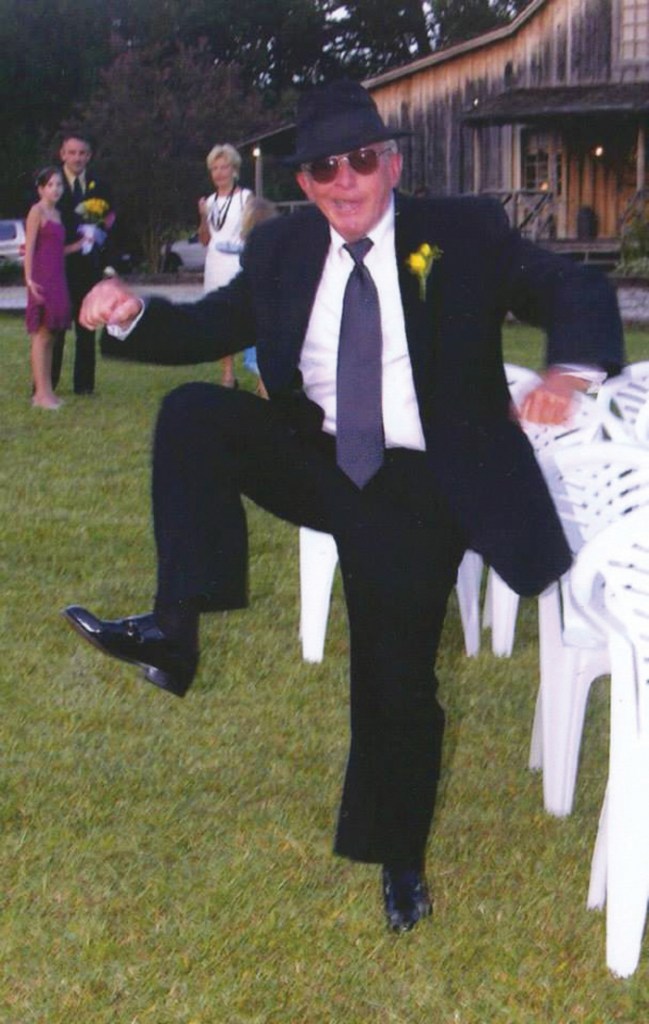 We filled a row of rockers on the huge porch. For over twenty years while mama was alive we rented a place at the beach for the extended family. I’m sure locals scattered to the four winds the first week in June each summer just to avoid our chaos.

Thanks to mama it was an organized chaos. Each family was responsible for certain things on the master list she kept year after year. Seldom did we have to make a grocery run while vacationing. Ice cream sundae night was the one exception. We looked forward to it all week. Mama taught us the value of organizing our chaos. Daddy however, has wisdom of a different sort.

One night while rocking and sipping coffee on the aforementioned porch, he noticed his rocker was not performing to his satisfaction. Being a man who repairs everything the moment there’s a need, he commented with disdain. “For want of a nail, the house was lost.”

Handing me his coffee, he fetched his tool box and fixed the rocker. “Anybody else settin’ in a wobbly rocker?” he asked while walking down the line of chairs. I know what you’re thinking. What kind of person takes a tool box on vacation? The same kind that packs his weed-eater so he can clear the public walkway. Yep. That’s my dad.

Sure I’m a little partial. But I declare, I think my daddy can fix just about anything. I may have told you this before. But he built and hung the rafters over his lake deck so he could turn it into a screened in porch. I asked him who helped get those heavy things hoisted.

“I built a jig,” he answered like it was nothing. For those of you who still have no idea how he did it, don’t confuse jig with a little dance one does to express joy. No, daddy’s jig was a homemade tool he built to prop one end of a rafter while he climbed a ladder and hung the other end. I wasn’t there so I can’t imagine it either. It’s just another one of those things daddy knows how to do. The old adage “Necessity is the mother of invention,” is very true. The problem is that there’s not a lot of necessity in our culture anymore. My daddy has lived that particular kind of wisdom all his life. When you don’t have exactly what you need, you make do with what you have. Wise indeed.

I heard that during the early years of space exploration the American government spent millions trying to figure out how to make an ink pen write where there was no gravity. Our solution to every problem is to pour money on it. The Russians beat us at that game. They just used a pencil. Though daddy’s no Russian, that’s his kind of common sense. Even now I can still hear his reprimand when I did something less than brilliant.

Sometimes I worry that I’ve missed out on that old fashioned practical kind of wisdom. My phone has a calculator so my memory of the multiplication tables is fading fast. It also has folks’ names so I don’t have to memorize anyone’s phone number. BUT! I can still count out change when paying with real money. On days when I’m feeling especially mischievous, I hand the baby-faced cashier a twenty dollar bill plus whatever change it takes to pay so she can hand me back an even ten. Watching her eyes glaze over is weirdly satisfying. However, I try not to gloat too much as I will surely be asking someone her age for technology advice before the day is over. Too bad there’s not a jig for that. I could call my daddy.