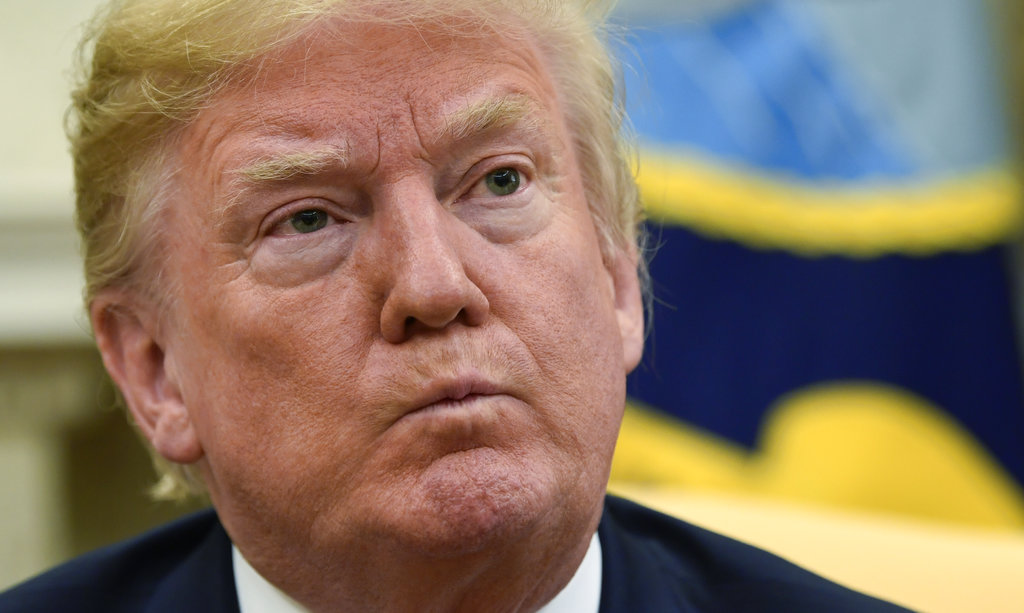 In this June 7, 2018, photo, President Donald Trump listens during his meeting with Japanese Prime Minister Shinzo Abe in the Oval Office of the White House in Washington. (AP Photo/Susan Walsh)

Maybe his ways are crude and not like we are accustomed to, but you do have to admit President Trump has definitely done more good than bad for our country.

Our government is failing miserably because too many worship power and money over morals and doing the right thing. Democrats may not like losing the election and White House, but they do need to respect you and me and our country and work together. You can send a message to our main media by not watching the news on them. You can let your Democratic representatives know you are not happy with how they are doing. You can allow this administration a chance to keep going in the way it’s doing good things for us.

Time for the Democratic Party to grow up and take responsibility. Do the job we hired them to do. Next election they will have another chance to win the election. But going on as they are, I don’t believe that they, again, will impress enough people to win.