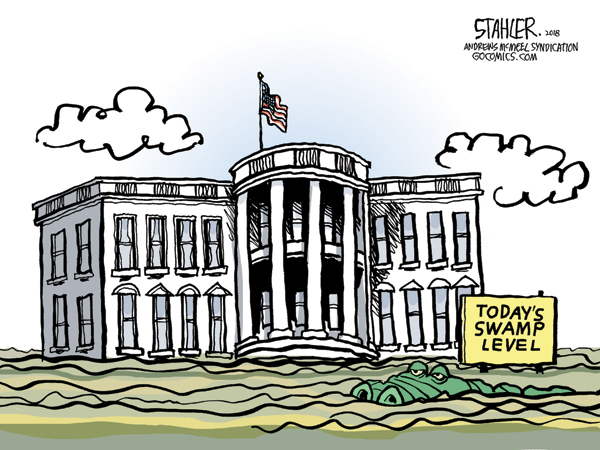 Someone in the mob has leaked the code names they have assigned to the White House’s “Hole-in-the-Wall Gang” (no mug shots available).

This stellar bunch would make a perfect supporting cast in a new Three Stooges movie starring Sean Hannity as Moe, Franklin Graham as Joe and Jerry Falwell Jr. as Larry. A great title would be “The Wild, Wild West Wing.”