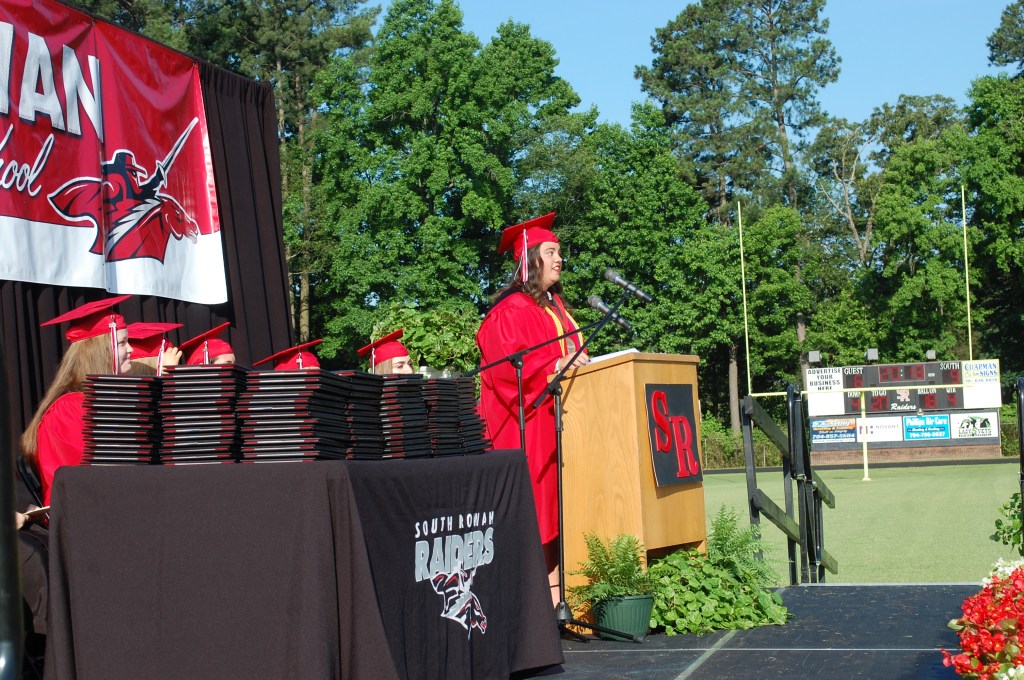 CHINA GROVE — Kelly Withers has been the principal of two high schools — Carson and South Rowan — and has seen eight classes graduate.

But she said this year’s graduation felt particularly special.

“It’s special because this is the first class that’s gone all the way through with me,” Withers said. “So I’ve been with them since they were freshmen. I feel like these are mine.”

Withers said she’s seen the South Rowan class of 2018 grow up “from the beginning.”

Withers said she was “super proud” of the 229 students who graduated Saturday morning.

The valedictorian was Kara Steele and the salutatorian was Addison Wise.

During her commencement speech, Steele quoted an unknown author who said a person’s life is made of “two dates and a dash.”

Steele said high school was a “mile marker” for all of them.

“But it is now time to look past our small community at South Rowan and pursue the path laid out in front of us,” Steele said.

Wise said that, as students begin their journeys into adulthood, many of them will have big dreams.

“Don’t let yourself — or anyone else — limit these dreams,” Wise said. “You are capable of doing anything you set your mind to.”

Wise said one of her favorite examples of someone pursuing a dream is Walt Disney.

“He started with just a little mouse and turned it into a whole kingdom,” Wise said.

During her commencement speech, student Angelina Palacios said her time at South Rowan had taught her that “the struggle is real.”

“But it makes you stronger,” Palacios said. “After all, a glowstick needs to be broken in order to shine, right?”

Palacios said that, although “the struggle” is inevitable, the way people chose to handle those challenges is what defines them.

“You have the power to dictate what your outcome is,” Palacios said.

The South Rowan graduation was held in the school’s stadium at 8 a.m. Saturday.

West Rowan High graduation: ‘Failure is not a setback,…