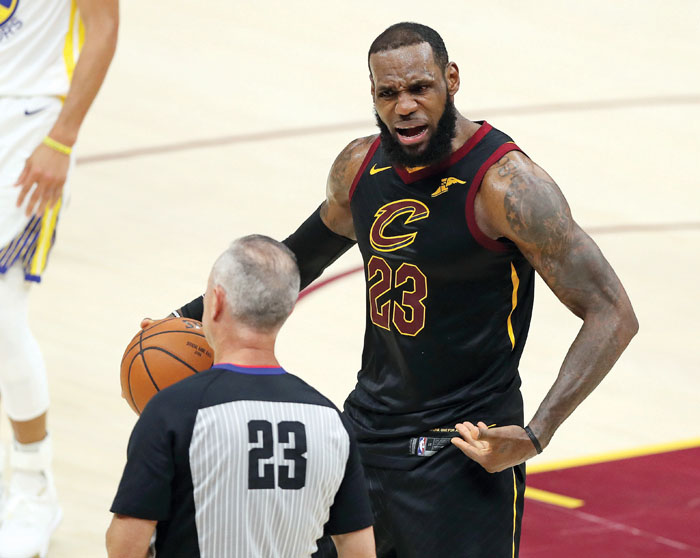 Cleveland Cavaliers' LeBron James argues a call with referee Jason Phillips during the first half of Game 4 of basketball's NBA Finals against the Golden State Warriors, Friday, June 8, 2018, in Cleveland. (AP Photo/Carlos Osorio)

CLEVELAND (AP) — LeBron James says he “pretty much played the last three games with a broken hand” after injuring himself in frustration after Game 1 of the NBA Finals.
James punched a white board following Cleveland’s overtime loss in the opener at Oracle Arena, calling his injury “self-inflicted” after Golden State finished a sweep of the Cavaliers with a 108-85 victory on Friday night.
James arrived for his postgame news conference with a cast over his right hand.
He says he was upset by some calls that went against the Cavs late in the fourth quarter of their opening loss and he was upset they had missed their chance to win on the road, saying he “let the emotions get the best of me.”
James scored 23 points in Game 4.
___
More AP NBA: https://apnews.com/tag/NBAbasketball