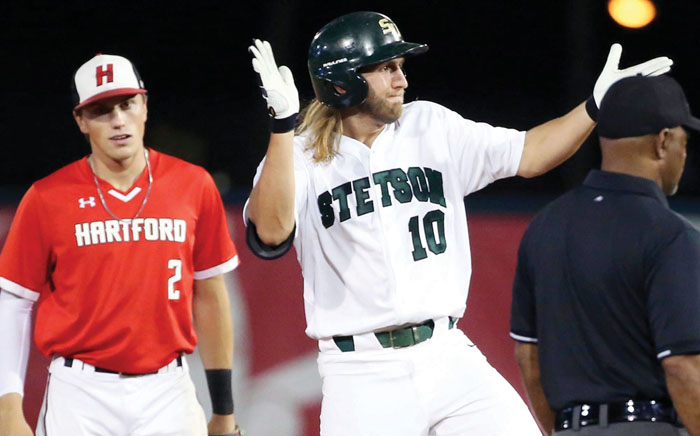 OMAHA, Neb. (AP) — Super regionals are the next stop on the NCAA Tournament’s road to Omaha. The eight best-of-three series starting Friday and Saturday will determine the field for the College World Series.

Some things to know:

LET’S DO IT AGAIN

Defending national champion and No. 1 national seed Florida has the nation’s longest streak with five consecutive appearances in super regionals. The Gators are looking to become the first back-to-back champion since South Carolina in 2010-11.

Mississippi State is in super regionals for the third year in a row. Cal State Fullerton, Oregon State and Vanderbilt are in the round of 16 for the second straight year. Florida, Fullerton and Oregon State made it to the CWS in 2017.

First-time participants are Duke, Minnesota, Stetson and Washington. Auburn is in for the first time since 1999.

The Southeastern Conference sent a record-tying six teams to super regionals for the second year in a row and third time since 2004. All of them are matched up against each other this time. Florida won two of three against Auburn at home in April; Arkansas won two of three against South Carolina at home in April and beat the Gamecocks last month in the SEC Tournament; and Vanderbilt swept three games at Mississippi State in March. None of the teams paired in the other five super regionals met this season.

Duke will be hoping to get more out of its starting pitchers against Texas Tech. Three of the four starters turned in their shortest outings of the season in the Athens Regional. The bullpen was outstanding, though, with a 1.55 ERA over 29 innings covering five games. Relievers combined to strike out 31 and walk two. Closer Jack Labosky allowed one hit in six shutout innings. The longest start was by Mitch Stallings, who went seven innings in the regional-clinching win over Georgia two days after going 4 1/3 in a win over Campbell.

Three of the top four home run-hitting teams are still alive. Offensive juggernaut Tennessee Tech leads the way with 134 homers, the most since Elon hit 138 in 2009. Florida is third, with 91, after hitting 70 last season. Arkansas is fourth, with 90, after hitting 83 last season and 49 in 2016.

Stetson, led by ace and No. 14 overall draft pick Logan Gilbert, carries a nation’s-best 18-game win streak into its matchup with North Carolina. The Tar Heels have won 16 in a row in Chapel Hill, the second-longest active home win streak (Stetson has won 17 in a row at home). The Hatters and Tar Heels are meeting for the first time since 1985.

A No. 3 regional seed — Washington or Cal State Fullerton — is assured of advancing to the CWS for the third time in four years. Texas A&M made it last year and Virginia in 2015.

Seamus Power shoots 5-under 65 for opening lead at…