David Whisenant: Don’t do it 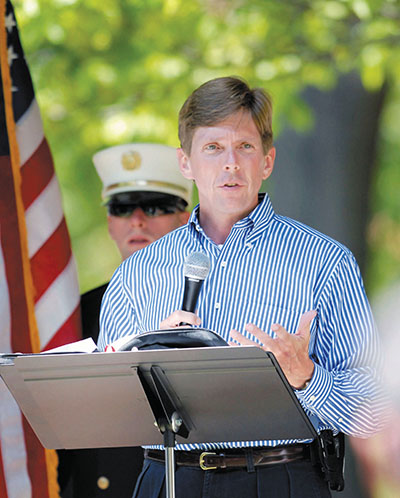 The news this week that fashion designer Kate Spade and television personality Anthony Bourdain took their own lives, coupled with a nation study showing an alarming rise in the national suicide rate since 1999, has prompted a lot of discussion about the issue. Each time I’m confronted with the topic I feel it necessary to share my personal struggle with the suicide that forever changed my life.

For reasons that I still don’t hold with any certainty, my father, J.R. “Jake” Whisenant, put a .22 pistol to the side of his head and pulled the trigger. He did this on Feb. 17, 1987, while sitting at his desk in the business he had owned and operated on South Main Street in Salisbury for more than 40 years.

At the time I was working at WSTP/WRDX Radio. My mother called and told me that something was wrong and asked me to come home. When I got to my parents’ home, I called my dad’s store. One of his employees answered in a very normal manner, saying, “City Sales, can I help you?” I told him who it was and asked if everything was OK. His reply still runs through my mind frequently. He said, “David, your dad’s dead, I don’t know what’s going on.” I thanked him and hung up.

So there it is, the reason I wanted to post this note. It’s to say to anyone who has ever considered suicide that it should be immediately ruled out as a viable option. What may appear to be an alluring answer and immediate exit from the troubles of the day is, in reality, a horror that continually renews itself for those who are left behind. I’m a survivor, and that’s tougher than you may think. When someone commits this act, I’m convinced they are not giving any thought to what will happen to loved ones. It certainly puts an end to their trouble, but it opens up difficulties and challenges that last for years.

What are you left with after a suicide? Along with the emotional toll, there’s the constant questioning, the hurt of physical loss; then there are the practical issues of dealing with financial matters, answering unintentionally insensitive and religiously flawed questions, even having to do extraordinarily painful things like packing up clothes and other personal items.

To say time heals all wounds doesn’t entirely apply to suicide. Certainly, distance from that day dims some of the raw memories, but one Sunday decades later, a fresh wound was opened in a place where it would have been least expected, leading me to react in a hostile and immature fashion that is inconsistent with my nature.

To make it simple: Don’t do it. Don’t consider it. My faith in God is what sustains me in troubled times. Let me encourage you to seek that faith, and if you’re comfortable with it, seek professional counseling. If you truly love your family and your friends, you will not want them to go through what survivors of suicide have to face.

Think of me as the guy waving his arms to try and stop you before you drive around the blind curve and off the cliff. That’s all I can say. Don’t do it.

David Whisenant lives in Salisbury and is a news reporter for WBTV.