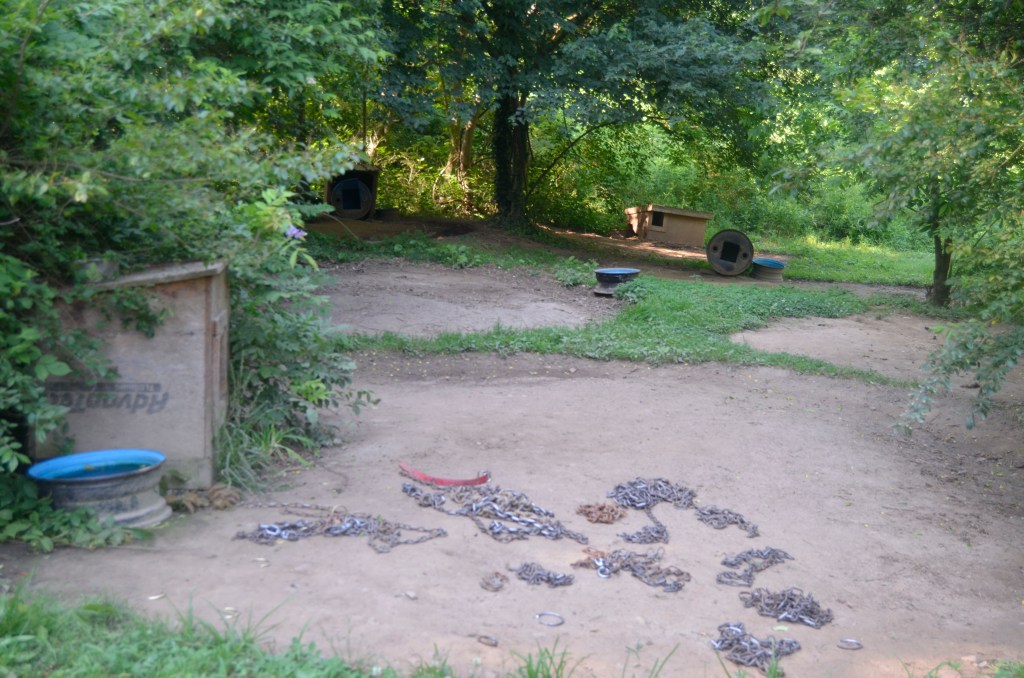 These chains and makeshift dog pens are what's left of what federal authorities seized from a house on Short Street. Federal authorites along with local law enforcement searched the home and discovered more than 20 dogs that appeared to have been used in a possible dog-fighting ring. Shavonne Walker/Salisbury Post

SALISBURY — Multiple federal agencies, including the U.S. Attorney’s Office, are looking into a suspected dog-fighting ring in Rowan County.

“We can confirm that federal agents were involved in a search executed in Salisbury,” said an email from Anand P. Ramaswamy, deputy public information office for the U.S. Attorney’s Office in Greensboro. He gave no details.

Neighbors of a house on Short Street, located off North Long Street, said they saw officers from multiple law enforcement and other agencies at a property there on Wednesday. They said the grandson of  the property owner maintained an area behind the home that housed 20 or more pit bulls.

Neighbors said although he did not live at the home, the man stopped by every day to feed the animals. A number of abandoned makeshift dog pens were still on the property. In addition to the pens, there were chains lying on the ground and obvious signs of worn areas with no grass.

Documents related to the search have not been sealed, Ramaswamy said, but they may not be publicly available until Friday.