Legion Baseball: Rowan lets one get away 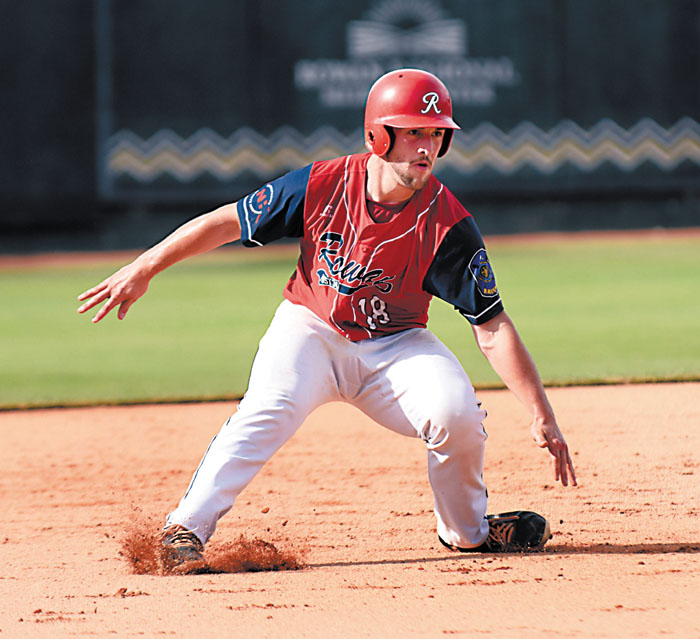 MOCKSVILLE — It was one of those games, one of those unbelievable losses that prompts a lengthy postgame meeting.

Rowan County American Legion is a traditional power that takes pride in not beating itself, but it gave one away on Thursday at Mocksville’s Rich Park. Give Mocksville credit for accepting what Rowan insisted on giving when Nick Ward cleared the bases with a double in the bottom of the seventh inning. Mocksville scored five in the seventh.

The 11-10 setback was Rowan’s second straight loss, although no one lost any sleep over the non-division defeat against Randolph County on Wednesday. Rowan made a terrific comeback in that one to lose to the defending state champs, 9-8.

But Thursday was a different story. Mocksville didn’t pitch well at all — handing out 11 walks — but Rowan still managed to lose. Rowan led 7-1 early and 10-6 late and still came out on the short end.

And suddenly, Rowan (9-2, 2-1) is in second place in a Southern Division of Area III that it’s gotten used to owning. Mocksville (7-4, 2-0) is on top. Mocksville also has beaten Northern Division leader Davidson County.

Rowan jumped all over Mocksville in the top of the first. CP Pyle’s walk (he had three) and hits by Hayden Setzer and Wayne Mize put Rowan on the board quickly. Chander Lippard’s three-run blast made it 4-0.

It was time for Mocksville to roll over, but Mocksville didn’t. An error on a routine bouncer and a walk opened the door for a five-run bottom of the second that propelled the home team back in the game. Relief pitcher Landon Bandy and leadoff man Drew Martin smacked run-scoring doubles. Cleanup hitter Carter Foster whacked a line drive to left field. It appeared Hayden Setzer might catch it, but it got over his head.  Carter had a two-run double, and it was a 7-6 ballgame.

Still, Rowan didn’t appear to be in serious trouble. Stamper, who is headed to Catawba Valley Community College, shook off that ugly second inning, and he mowed down Mocksville hitters in the third, fourth and fifth.

Rowan made it 10-6 in the top of the fourth, with Mize’s second double of the game setting up a three-run inning. Luke Barringer got a run home with an infield hit. Lippard added a sac fly. A Mocksville error donated the 10th run.

Rowan probably figured it was over at that point, had weak at-bats and quick innings and failed to add on any runs against the Mocksville bullpen the rest of the way.

Daniel Sell relieved Stamper with one out in the bottom of the sixth. He pitched around an error and maintained the 10-6 lead.

Sell got the first out in the seventh with no problem, but Rowan’s third infield error gave Mocksville life. Then came a bad break for the visitors. A bouncer headed toward shortstop probably would have been one out and might have been two to end the game, but Sell got his glove up and deflected the ball. That put two Mocksville runners on. Then Sell hit the No. 9 batter to load the bases.

Back-to-back walks made it 10-8. With Mocksville’s No. 3 hitter Nick Ward striding toward the plate with the tying run at second base and the winning run at first, Rowan called on shortstop Bryson Wagner to relieve Sell and close it.

Ward, a strong lefty hitter from West Iredell, yanked a pitch down the right-field line to clear the bases. Running from first, Blake Winebarger crossed the plate with the game-ending run.  Mocksville celebrated an amazing comeback, and Rowan players trudged toward an unexpected team meeting.