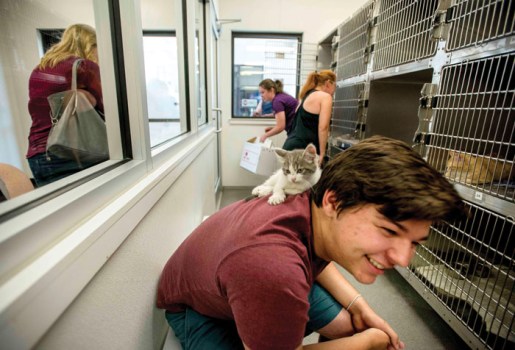 Michael Graham waits with a young kitten that he is planning to adopt at a Rowan County Animal Shelter adoption special. Jon C. Lakey/Salisbury Post 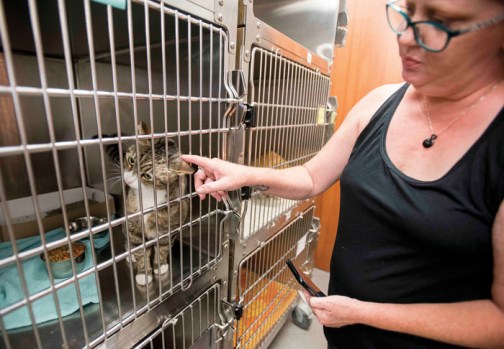 Amy Jones scratches a cat on the head as she looks at the selection of adoptable animals at the Rowan County Animal Shelter Adoption Day on Wednesday. Jon C. Lakey/Salisbury Post 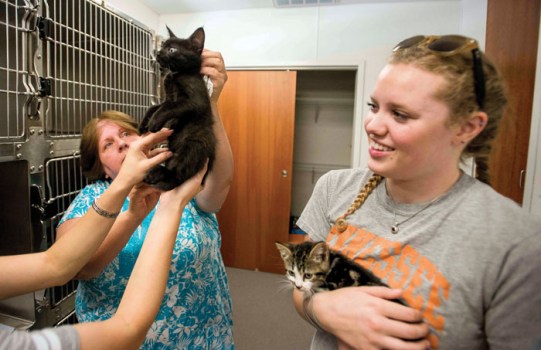 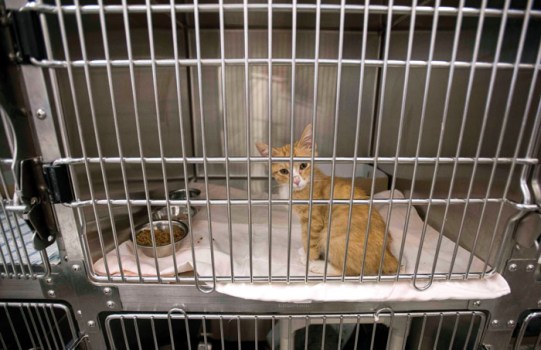 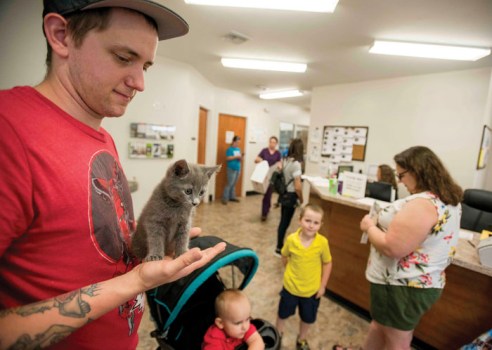 SALISBURY — There were lots of cars in the parking lot of the Rowan County Animal Shelter on Wednesday afternoon, which means good things were in store for the many dogs and cats at the shelter.

The shelter offered an adoption special for dogs and cats from 11 a.m. to 4 p.m. The cost of adopting any of the animals in the shelter was 80 percent off the normal price.

The shelter’s services director, Bob Pendergrass, said that during past special adoption days, more than 80 animals had been adopted in one day. He said that because of days like these, the chance of having to euthanize animals has become very low, which is something that he is happy about.

Pendergrass gives credit to the Rowan County Commissioners for allowing the shelter to hold special adoption days, saying the shelter would not have been able to carry offer the special without permission from the board.

“They kind of looked at me like, ‘You’re asking for a lot, Bob.’ But they let me do it,” he said, laughing.

Pendergrass, along with rescue worker Sharon Mowery, said it’s the most populated time of year for kittens in particular. The cat population is high from spring until September.

Mowery runs her own rescue called Rescue 4 the Unwanted. She said she started by simply rescuing a dog and her pups, but when she learned about the constant need to rescue cats, she immediately wanted to help. From there, her rescue grew. Mowery works with the Animal Shelter and also provides animals to other shelters in up to seven Northern states.

Both Pendergrass and Mowery stressed the importance of spaying and neutering cats because the feline population grows so rapidly during this season.

“We never want to put kittens down, but sometimes there are just too many of them,” said Mowery

There were several people in line to adopt in the cat section of the shelter, making things appear promising for the many cats that were there Wednesday.

Michael Graham of Charlotte came with his sister, who was adopting a kitten. He said he walked into the room of cats and immediately saw the kitten he wanted.

“That’s the one,” he said, pointing at a cage and re-enacting his moves as he first walked in.

“Her name is Willa. She’s very sweet and adventurous,” said Graham, cradling the drowsy gray kitten in his arms.

Pendergrass says the Animal Shelter is hoping to have another special adoption day before the end of June.

“This is a great service provided to the citizens,” said Pendergrass.