Leonard Pitts: Could a life be worth only 4 cents? 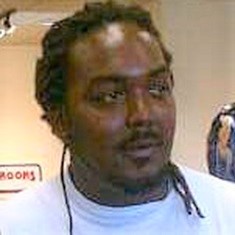 It is a message that has, for centuries, been woven like thread into the fabric of this nation.

It was there when the Supreme Court said black people had no rights white people were bound to respect, there when Nazi POWs were seated at a Southern diner while black soldiers were sent to the kitchen, there when federal researchers in Tuskegee experimented on unwitting black men to find out what happens when syphilis goes untreated.

It was there when Emmett Till’s eye was gouged out and Sam Hose’s face was skinned, there when the good people of Valdosta, Georgia, carved Mary Turner’s baby from her womb and stomped it into the dirt.

And it is there in Fort Pierce, Florida, where a jury just decided a wrongful death suit against a St. Lucie County Sheriff’s deputy.

The deputy, Christopher Newman, was called to the home of the victim, 30-year-old Gregory Vaughn Hill Jr. in January 2014 by a complaint that he was playing his music loudly. Newman and his partner say that when they banged on the door of the garage, where the music was coming from, Hill raised it, gun in hand — a contention his daughter, who was across the street, denies, according to CNN. She says her father’s hands were empty.

The deputies claim they ordered him to drop the weapon, but he closed the door instead. Newman fired through the door, striking Hill three times. He was found with an unloaded gun in his back pocket. Postmortem toxicology tests indicate that he was drunk.

Last week, a federal jury found that Newman did not use excessive force, but that his boss, Sheriff Ken Mascara, was slightly negligent. It awarded Hill’s family $4 in damages.

But it gets worse. Reasoning that Hill bore 99 percent of the responsibility for his own death, the jury reduced that pittance by 99 percent, leaving his family just four cents.

For the loss of your father, here’s four cents.

For the loss of your child, four cents.

For the loss of your fiance, four cents.

For pain and suffering, for mourning and tears, as an expression of our corporate regret for this tragedy, four lousy cents.

The thing is, even if you buy Newman’s tale, you are left with a man who answered a loud knocking — while carrying a firearm in his own home in a right-to-carry state — then closed the door. Apparently, that’s a capital crime now, if you’re black.

Better the jury had given his family nothing than to give them four cents. Yes, they’d have been disappointed, but that would have been better than this, a calculated insult on top of a fatal injury.

The message this jury sends is an old one. It is as American as baseball and apple pie, pine tar torches and burning flesh, as American as that great lie about the truths we hold self-evident. The family’s attorney, John Phillips, heard it clearly. “This says black lives don’t matter,” he told CNN.

One thinks of how the conscientious parent of an African-American child spends that child’s lifetime refuting that message, trying to keep it from finding purchase in a child’s tender psyche. As white conservatives moan piteously about the “racism” they face, all but whipping out a violin and playing “Nobody knows de trouble I’ve seen” every time the truth hurts their feelings, that parent is teaching his child how to live through a traffic stop.

It is hard work, trying to help a black child value himself in a nation where his worth is ever in question. Now there’s this. You can’t buy candy for four cents. You can’t buy a stick of gum.

Letter: Not all officers are in law enforcement to…