D.G. Martin: It’s not too late to honor sacrifice 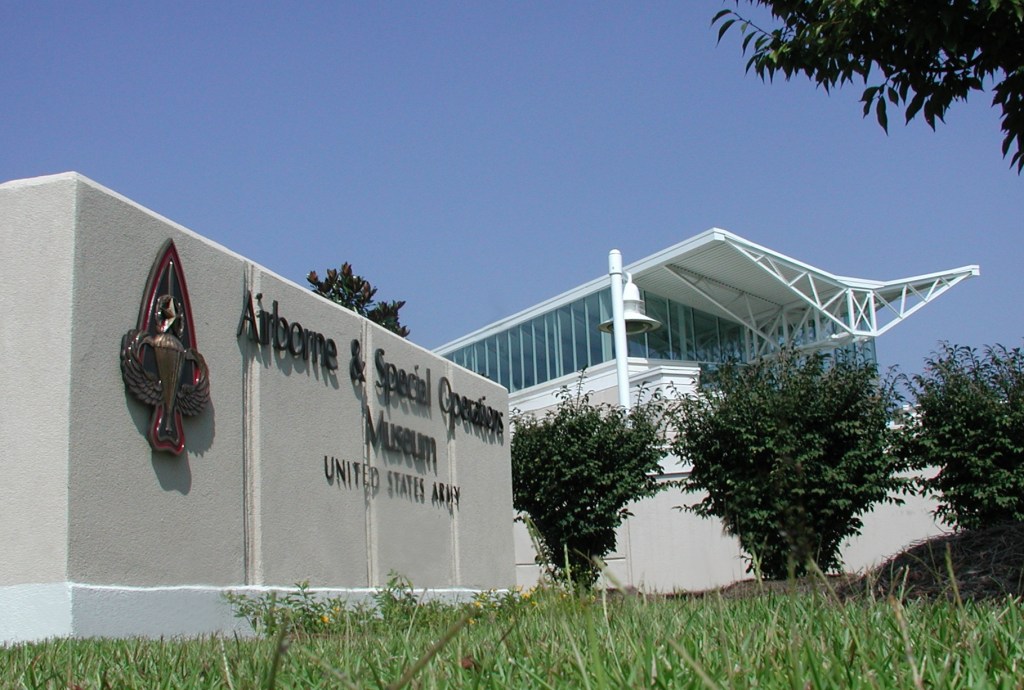 The Airborne and Special Operations Museum is in Fayetteville.

You did not get to a parade or service on Memorial Day. You can’t get to the Normandy beaches this week for the anniversary of D-Day. You are feeling a need to be in touch with the sacrifices service men and women made for our country’s sake—for our sake.

I have a suggestion to help you fill that need. By visiting one place in North Carolina, you can go to a recreated village in Normandy and witness paratroopers and glider forces attack while their comrades storm the beaches. You can see how those troops were delivered. A very real restored C-47 “Skytrain” is high above with an airborne soldier standing in the door, ready to leap. A rare fully restored WACO CG-4A glider is packed with soldiers anxiously awaiting their landing and deployment.

At the Airborne & Special Operations Museum in downtown Fayetteville, you can also see constructed soldiers in their World War II uniforms dropping from above. One of them even looks to me like Dwight Eisenhower.

The Normandy exhibit, though vivid and timely, is only part of the museum’s depiction of the early days of the airborne soldiers. Visitors learn how the paratrooper concept developed. On Aug. 16, 1940, Lt. Bill Ryder, leader of the initial test platoon, was the first American soldier to jump out an airplane’s door. Major Gen. William C. Lee, who grew up in nearby Dunn, was deeply involved and became known as “the Father of the Airborne.”

The museum’s exhibits cover airborne and special operations up to the present time. Some of the depictions put the visitor in the middle of battle in scenes from the Pacific theatre of World War II, Korea, Vietnam, Panama, Somalia, Iraq, Afghanistan and other parts of the world.

Lifelike and very moving displays take the visitor into a Vietnamese village, a Viet Cong prison camp with a captured American in a bamboo cage, a convincing Special Forces “hide-site” watching the movements of an Iraqi convoy during the Persian Gulf War, and the meeting of a group of Afghan elders.

If you want something even more realistic, you can experience the tension of an airborne assault in a simulator that mimics the loud bouncing plane ride to the drop zone and the sudden peaceful feeling as you depart the plane: your parachute opens, and it is suddenly quiet. You ride in the gliders and land with them on D-Day. You jump with the 187th in 1951 Korea. You are with the 82nd Airborne and 17th Cavalry in Vietnam in a Huey helicopter, flying low, toward an enemy waiting near the landing zone.

In Afghanistan you exit a Chinook helicopter in a rugged vehicle and travel on a rough and dangerous road toward Kandahar. In Iraq you accompany a Special Forces team on the Euphrates River and pass by Saddam Hussein’s palace.

Such dramatic depictions do not stand alone. The museum is full of smaller displays and artifacts that help put the larger ones in context and tell the soldiers’ stories. “Without the stories, all this is just stuff,” one of the museum’s leaders told me.

The museum’s modern day hero is retired Gen. James J. Lindsay, who founded the museum and serves as chairman emeritus. Last month Lindsay was inducted into the inaugural class of the 82nd Airborne Division’s All American Hall of Fame. He held eight positions in the 82nd, from platoon leader to division commander. Later he was the first commanding general of U.S. Special Operations Command.

After his retirement, Lindsay worked tirelessly to create the museum and help secure funds for building construction and on-going operations. Now, he is pushing an effort to fund the museum’s modernization.

Although he diverts compliments and credits others for the museum’s success, when you complete your museum visit, you should send him a thank you note.

D.G. Martin hosts “North Carolina Bookwatch,” which airs Sundays at 11 a.m. and Thursdays at 5 p.m. on UNC-TV. Today’s guest is Belle Boggs, author of “The Art of Waiting.”