Editorial: Back to the home front 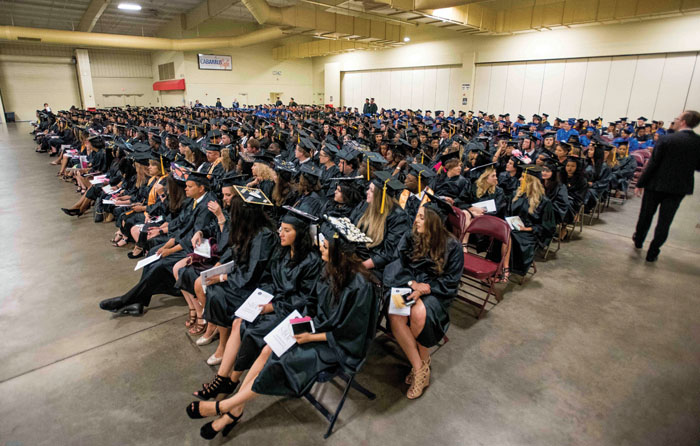 Hundreds of Rowan-Salisbury seniors will file into graduation ceremonies to the strains of “Pomp and Circumstance” this Saturday. As many head off to college after picking up their diplomas, Rowan County leaders should  ask themselves, how can we lure them back home once they earn their degrees?

“Jobs” is the obvious answer. New college grads will go where they can find promising employment. But some of these budding professionals could become job creators themselves. There are communities in the country that offer incentives for young people like them to return to their home communities.

Rowan is fortunate to be part of a state where new residents migrate in like bees to a hive. According to Carolina Demography, “Between 2016 and 2017, the Census Bureau estimates that North Carolina had more population growth from domestic net migration than any other state except for Florida and Texas.”

The bulk of that growth, however — the biggest buzz — centers on the metro areas of Raleigh and Charlotte. That’s where you’ll find the economic and population boom, while the rest of the state watches in envy. But being a spectator is not enough.

Take a look at what’s going on in St. Clair, Michigan, recently featured in a CBS News report. Michigan’s population has been shrinking in recent years, making small towns especially anxious about the future. St. Clair County, population 160,000, decided to fight the brain drain with economic incentives. Instead of tax breaks associated with industrial recruitment, St. Clair’s Come Home Award has established college debt incentives to returning grads, offering to help pay off college loans by as much as $15,000.

Some might find it galling for local government to “help” someone with a new college degree when we have residents who struggle for food and shelter. There’s no doubt, though, that Rowan needs to “raise all boats,” as they say — and would be greatly helped by a rising number of steady jobs that pay well and more residents who are well-educated or highly skilled and contribute to the community.

What Rowan really needs is not so much a new program with financial incentives as a new attitude proudly touting the rewards of living in our community. In other words, as a branding consultant suggested two years ago, stop beating up on ourselves.

Young people may temporarily give in to the excitement of big cities, but we should keep reminding them of what Rowan has to offer — and keep improving what we have here. We want our young people to come home not as a sacrifice but to take advantage of real opportunity.