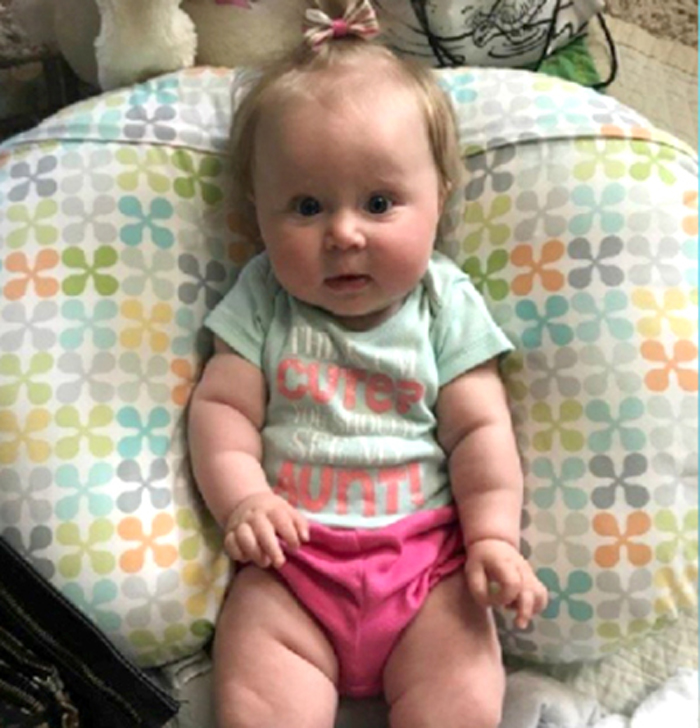 Police: Kidnapped Virginia infant has been found safe and her sex offender father has been arrested in North Carolina.

The Danville Police Department is searching for a missing child:   Emma Grace Kennedy.

Emma Grace Kennedy is a 7-month-old White female, approximately 2 feet  2 inches tall, weighing 18 pounds.   She has blonde hair, and blue eyes.   Emma was last seen wearing a light blue onsie with dots and a white rabbit on the left leg and matching headband.   Emma has a small scar on her left cheek.

Suspect and victim were last seen traveling east on Riverside Dr from 4912 Riverside Dr Danville,VA The vehicle is a Gold Suzuki. Suspect was last seen operating a gold Suzuki sedan with fictitious NC plates of EKZ-5093. The vehicle also has a Johnny’s Auto Sales emblem on the trunk.

If you have any information regarding this abduction, call the Danville Police Department immediately at (434) 799-6510, or call 911 or *HP.