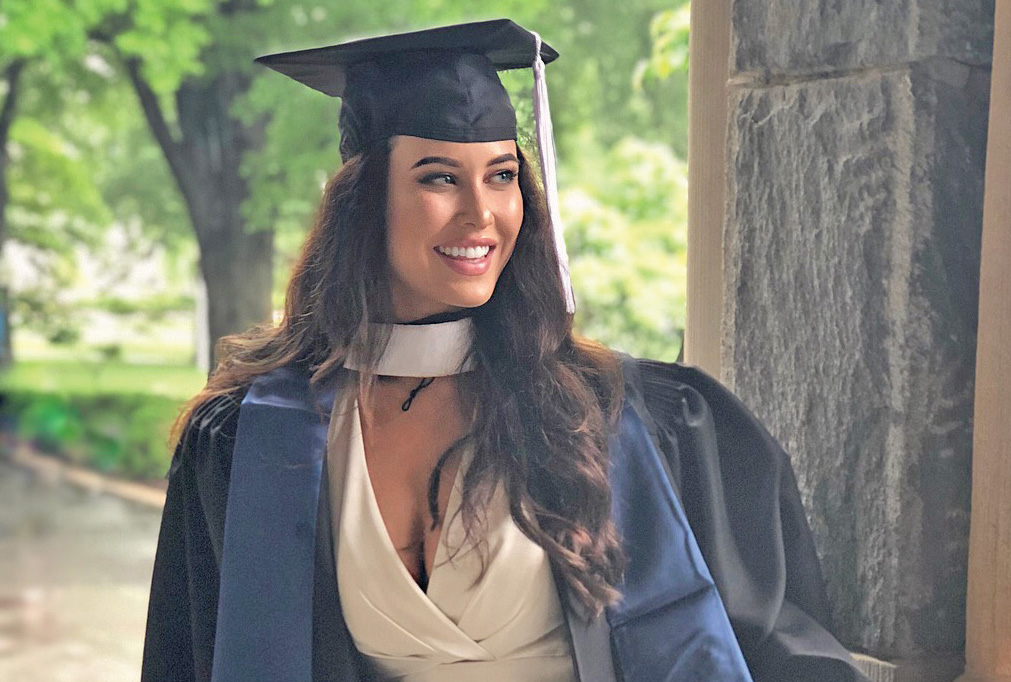 Elizabeth Safrit has graduated with distinction with her Master’s degree in Public Relations and Corporate Communications from Georgetown University in Washington, D.C. Graduates obtaining the honor of competing the graduate program in the top five percent of their class are awarded the designation “with distinction.”

Ms. Safrit is a 2010 graduate of A.L. Brown High School and a 2014 honors graduate of the University of South Carolina where she double majored in political science and public relations. She was the 2014 Miss United States and represented the USA at Miss World in London, the largest and oldest international pageant. At Miss World, Ms. Safrit finished third where she was the winner of the Multimedia award for excellence in digital media and press relations, as well as a member of the Miss World debate team at Oxford University. Safrit also finished as a semifinalist in the sports competition, talent competition,  and interview competition. The event was televised on E! Entertainment.

She is currently employed as the Director of Public Relations and Digital Media for ClearSports, (clear-sports.com) a luxury golf company headquartered in Orlando, Fla. Safrit also works closely with the celebrity clientele of ClearSports, including Sean Connery, Rob Riggle, Paul O’Neill, Tino Martinez, Sterling Sharpe, Ivan Lendl, and many others.

Georgetown University was founded in 1789 and was ranked as one of the top twenty national universities by US News and World Report in 2018.

Ms. Safrit is the daughter of Walter and Lynne Safrit of Kannapolis.