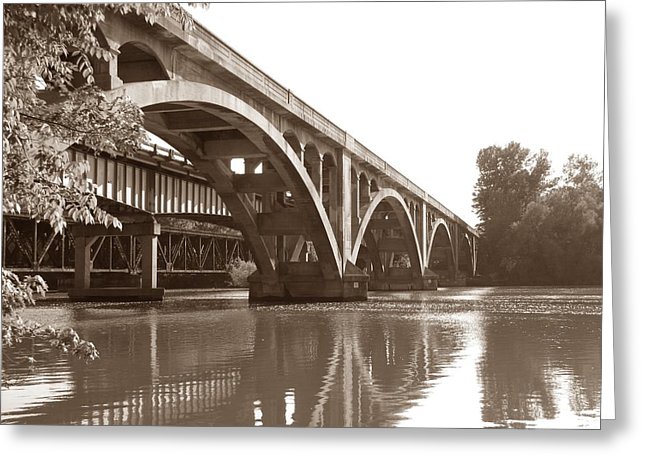 The historic Wil-Cox Bridge is to be part of Yadkin River Park.

In 2015, the Davidson County Commissioners appointed a committee to lead the effort to create a major cultural destination in the area around the Wil-Cox Bridge. A master plan for the bridge area and Fort York is being developed.

The Yadkin River has flowed for millions of years in the path that now defines the western border of Davidson County. Beginning at least 12,000 years ago, Native Americans were crossing the river at the Trading Ford, which was near the Wil-Cox Bridge, the new Veterans Bridge and the Southern Railway Bridge, all of which connect Rowan and Davidson counties.

During the Revolutionary War, Gen. Nathanael Greene’s crossing, with Cornwallis in hot pursuit, occurred at the Trading Ford. Just above the Wil-Cox Bridge, George Washington crossed on his southern tour in 1791. One of the last battles of the Civil War was fought at Fort York, which looks over the Wil-Cox Bridge.

The railway bridge has carried supplies across the river for many years, and the Wil-Cox Bridge was built in 1924 for people in vehicles to easily cross the Yadkin River. This is just a small sampling of the area’s rich history.

Aside from celebrating the historical significance of this area, exciting new recreational opportunities are planned. The Wil-Cox is now a pedestrian bridge owned by Davidson County, and improvements are planned for the bridge, Fort York, the York Hill Yadkin River Boat Access and areas between.

With the first phase of the master plan ready for implementation, the committee is seeking citizen input in naming this important resource.

You can help choose a name for this area by going to the Davidson County website and voting for one of the following names, or by calling 336-242-2200 and giving your recommendation.

Walser is steering committee chair for the Wil-Cox Bridge and Fort York Committee.

Dr. Michael Bitzer: Are we approaching the end of…