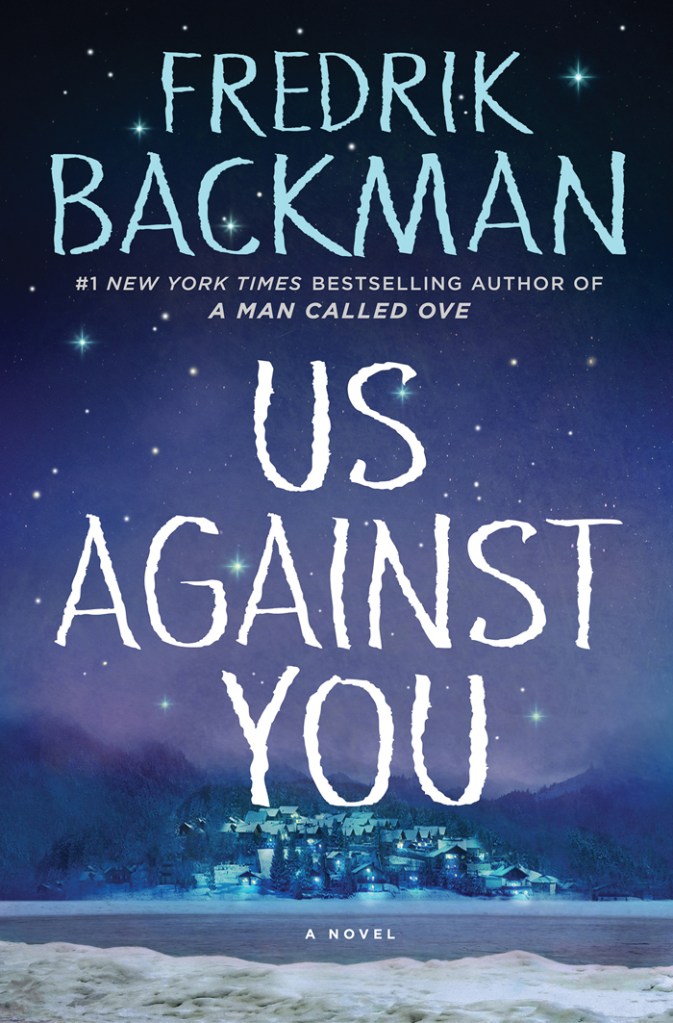 If Alexander McCall Smith’s and Maeve Binchy’s novels had a love child, the result would be the work of Swedish writer Fredrik Backman. His new book, “Us Against You,” continues the saga of a small place that readers fell in love with in “Beartown” (2017).

But if Beartown is small in size, it’s huge in human drama. With his wry acceptance of foible and failure, Backman combines a singular style with a large and compassionate perspective for his characters.

“Beartown” saw Backman leave behind the apartment-house set of novels that he first became well known for among American book groups — “A Man Called Ove” and “My Grandmother Asked Me to Tell You She’s Sorry” — and turn to a place consumed by ice hockey.

The entire population of Sweden’s Beartown is obsessed with the game, its players and their club headed by a local son who made it to the National Hockey League before returning home and running the club nearly into the ground.

Peter Andersson, his wife, Kira, and their daughter and son are back in “Us Against You.” And Beartown continues to struggle on and off the ice, with the aftermath of sexual violence.

A mysterious new coach promises great things, but can Beartown regain its edge against the other local hockey team? Or will the little burg finally collapse beneath the weight of its past and present sins?

Backman’s novels have wide appeal, and for good reason. “Us Against You” takes a lyrical look at how a community heals, how families recover and how individuals grow.

Some readers may find Backman’s quiet attempts at philosophy clumsy, e.g. “Life is a weird thing. We spend all our time trying to manage different aspects of it, yet we are largely shaped by aspects of it we cannot control.” But others will appreciate being allowed into this indefatigable place. In “Us Against You,” it’s really all for one, and one for all.