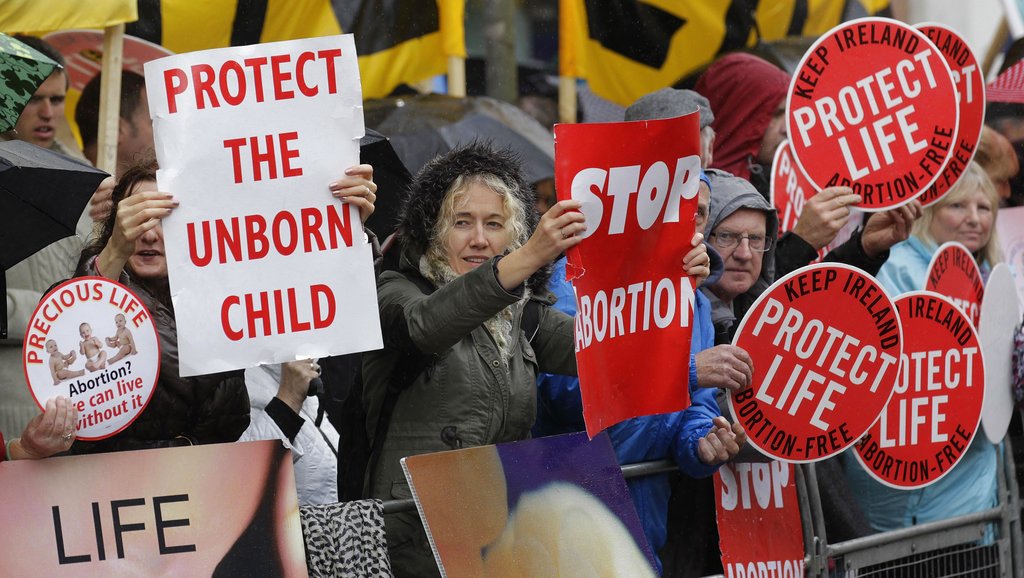 The scientific, moral and theological battle between life as an “endowed unalienable” right and the evolutionary view that we are just material and energy shaped by pure chance in a random universe with no author of life, no purpose for living and no destination after we die has been won in Ireland by the evolutionists.

Once strongly Catholic Ireland has removed protection for the unborn, at least through the first 12 weeks of a woman’s pregnancy, with the repeal of that country’s eighth constitutional amendment. Now that the door has been opened, as in America with Roe v. Wade, watch for the inevitable push for abortion on demand at any stage of fetal development.

The generational change, the scandals in Ireland’s once-dominant Catholic Church, the way the constitutional amendment was written in language that seemed harsh to many, the changing mores of an increasingly secular society, pressure from other European Union states that already allow abortion on demand, a media bias in favor of the repeal vote — all of these contributed to victory for the “yes” side.

Ireland’s pregnancy help centers, which assist women with unplanned pregnancies at no charge, were virtually ignored by the media in favor of the “right” of women to make their own choices. The argument against abortion is an old and familiar one, but no less powerful when one seriously considers that the unborn child is not a “part” of the woman. That point is driven home when the child is allowed to live because the child then grows and lives physically apart from its mother, potentially for decades.

Such arguments do not resonate with a younger generation that has been brought up to believe they can do whatever seems right in their own eyes, effectively becoming little deities, even in matters as profound as life and death.

Independent Irish Senator Ronan Mullen told the Irish Times, “Ireland has lost something very beautiful” (with the vote to repeal the Eighth Amendment). … “a lot of unborn children will lose their lives in future — that is what happens when abortion gets legalized. I would ask people to keep those children in their thoughts and prayers today, and their mothers, and those involved in their lives.”

Pro-lifers should increase their support of the country’s pregnancy centers, where women can be offered help, adoption services and other aid, and be encouraged not to “play God” and to deliver their babies even in difficult circumstances. The many women I have spoken to over the years who made such a decision have told me they have never regretted it, while many others who have had abortions — some more than one — live with regret their entire lives.

On the day the vote took place, a Washington Post editorial praised D.C. Mayor Muriel Bowser for adopting a child, noting the “progress” made since adoption agencies no longer require a two-parent home. The Post, which is editorially “pro-choice,” seems unaware of the irony, that in order for the mayor to have adopted her daughter, a woman had to decide not to abort her.

Adoption, not abortion, is the best choice for a woman who does not want her child, because someone does, as evidenced by the waiting list of couples seeking to adopt.

Some Irish eyes are smiling over the outcome of the repeal vote, which must still be implemented by the Irish legislature. The eyes of many others are weeping for the babies who will die and the women who will join other women and come to regret aborting their children.