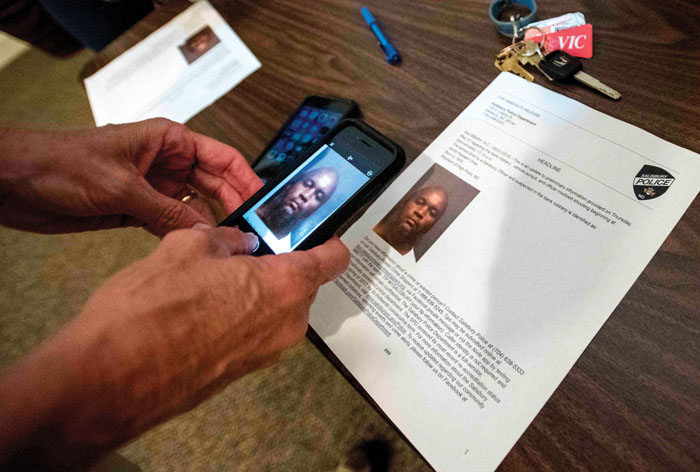 The brother of the man who was stabbed repeatedly by a bank robbery suspect fleeing police is doing fairly well, his brother said Friday.

Wes Anderson was stabbed multiple times by Jerick Raheem Gray, who police say robbed a Salisbury bank Thursday, then led police on a high-speed chase that ended in Thomasville.

Anderson is the co-owner of Anderson RC Hobby Shop in Thomasville, where the chase ended. After police deflated the tires on his pickup, Gray pulled into the parking lot of the hobby shop and tried to run inside.

Matt Anderson said he was at the back of the store and his brother Wes was at the front. Wes called out to Matt and went outside, where he quickly noticed the chase coming to its end in the parking lot.

Several customers were in the store, including the brothers’ 88-year-old grandfather. The door was still open as Wes Anderson intercepted Gray.

“The knife came within one centimeter of his heart and went in between two ribs,” Matt Anderson said.

Matt recalled the intense situation when his brother was stabbed with a 4-inch blade multiple times in front of him.

He said he saw police officers trying to use Tasers that did not incapacitate Gray. Two Taser barbs hit Gray, but they seemed to have no effect on him, Matt said.

He said he started to go outside to help his brother, who turned toward him as six to 12 officers surrounded the front of the shop.

“I don’t condone his act,” Matt said, but he added that it was an overall bad situation.

The brothers have owned the hobby shop for 10 years.