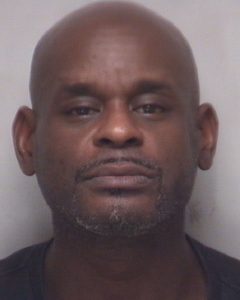 SALISBURY — Detectives with the Salisbury Police Department continue to investigate the Monday morning murder of 44-year-old Michael Duren Faulk, whose body was found outside a North Shaver Street home.

Faulk died of multiple gunshot wounds. His body was found about 2 a.m. Monday lying in the driveway of the home, about two blocks from where he lived.

Police Lt. Greg Beam said Faulk was shot while riding his bicycle. Investigators have not identified any witnesses. Police say anyone with information should contact the Police Department or CrimeStoppers.

Beam said Faulk had been at the Speedway store at 500 E. Innes St. earlier Monday.

Faulk’s death marks the fourth murder in the city this year and the second this month. Two previous murders have resulted in arrests.

Tips may also be submitted online at tips.salisburyrowancrimestoppers.org, by Facebook private message or using the Nixle app by texting 888777 with the words “tip mySalisbury” and your information.