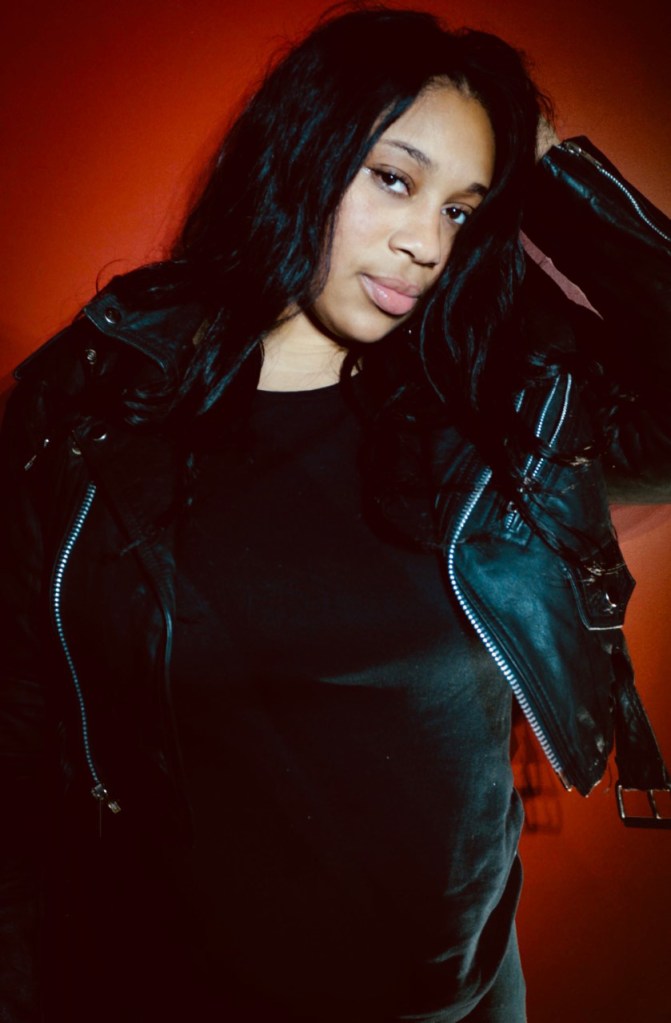 SALISBURY — Like most college students, Ashley Blaire tries to take copious notes in class, complete papers on time and do well on tests.

But unlike most college students, Blaire is basking in the glow of having recently released another single.

A native of Salisbury, Blaire — whose stage name is B Ashley B — has been singing since age 5 when she performed a solo at her church. She began singing professionally at age 14 and released her first single a year later. Now she’s hoping sales for “Don’t Need Me,” which can be purchased on Apple Music and Spotify, go well.

“I’m excited about releasing ‘Don’t Need Me’ and look forward to releasing several more singles soon,” Blaire said. “My manager and I decided to release this one first because it has a relevant message that we want to spread. In all, we plan to release five songs on our Electronic Press Kit, or EPK.”

“Don’t Need Me” is about a young woman who takes a chance on a guy who doesn’t have much going for him financially or emotionally when they meet. After the guy gets his life together, he leaves the young woman, breaking her heart. But the song ends on a positive note when the woman realizes she doesn’t need him after all.

Blaire, a Belmont Abbey junior who’s majoring in business management with a concentration in entrepreneurship, performed “Don’t Need Me” at a neighborhood block party last weekend in Gastonia.

“My mom always said I was singing before I could talk,” Blaire said. “I had my first solo in church when I was 5, and God took it from there. I love seeing the audience enjoying themselves, and most of all, I love the thrill, the nervous feeling inside my stomach before I hit the stage and seeing my time and hard work pay off with people who enjoy my music and the voice God gave me.”

Blaire, who played basketball at Salisbury High School and is the daughter of Livingstone College Police Chief Gloria Blaire, said she loves singing up tempo ballads, gospel and R&B songs.

She also acts and has performed in several plays, including two by Fred Forte Jr. — “Club Hallelujah” and “For the Love of Money” — as well as “Little Shop of Horrors” with the Abbey Players at her school.

After graduating from Belmont Abbey next year, Blaire plans to continue pursuing a music career and will consider moving to New York or Los Angeles if necessary.

“My mom would probably freak out, but she’d eventually get over it,” Blaire said. “I think she’d Facetime me 30 times a day just to make sure I made it to my apartment safe or to the studio or to make sure I’m driving with my seat belt on. She’s very supportive of everything I do, and even if that means me being far away from her, she’d be there for me.”

Blaire auditioned for “America’s Got Talent” at age 15. Although she said some in the audience were moved to tears by her rendition of the gospel song “His Eye Is on the Sparrow,” she never got a call-back to participate on the show as a contestant. Even so, she’s not losing faith in her ability to make it as a singer, saying, “God works everything out according to his will.”

“I met Ashley about two years ago through her mom, and the thing that impressed me about Ashley is she’s so passionate,” McDonald said. “We were having a conversation at the studio about her music and she started crying. It’s like she’s been here before. She’s got an old soul. She sings with conviction and has strength and soul in her voice.”

McDonald said he thinks Blaire has what it takes to succeed in the music industry, though he acknowledges it can be cutthroat.

“I just see so many great things for her in the future if she stays on the right path with her music,” McDonald said. “She’s always working, she’s very determined and she comes from a good family with a solid work ethic. I look for great things from her and look forward to collaborating with her as well.”

While it’s hard for Blaire, an avid movie watcher, to consider a career in anything other than music, she’s smart enough to have a Plan B: owning a day care center.

Yet it’s no secret her goal is to make it in music. And if the support she receives from her father, Paul Blaire, her siblings, Blaire Covington, Brielle Blaire and Chevalier Blaire, and from her mother are any indication of her chances, they look pretty good.

“My family members have been my biggest supporters,” Blaire said. “They’re always honest with me. I can let them listen to a song that I’m in love with that I just recorded, and they will immediately give me their honest opinion. In our house, we never sugar-coat anything. If something’s not right or doesn’t work, we tell each other. My three sisters are always sending my music out to friends, and my parents have always kept me on the right track and encouraged me every step of the way.”