Letter: Trump has done plenty for our country 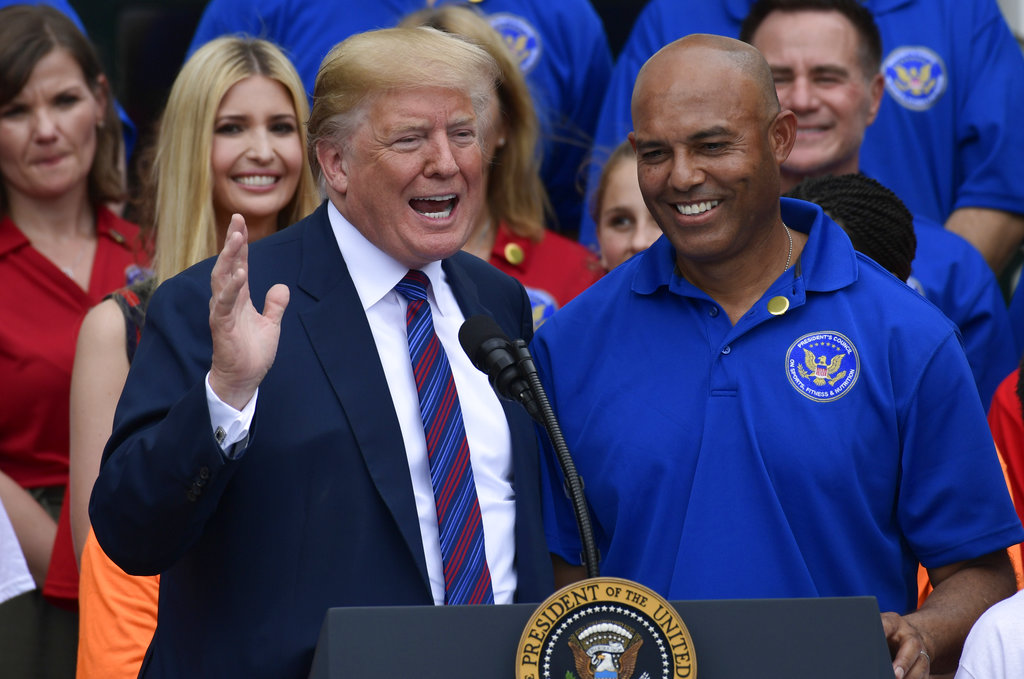 President Donald Trump speaks as he stands next to former New York Yankees relief pitcher Mariano Rivera at the White House Sports and Fitness Day event on the South Lawn of the White House in Washington, Wednesday. (AP Photo/Susan Walsh)

What has President Trump done to help America?

Trump has cut taxes for everyone, as Democrats demand these taxes be raised again. Trump has brought jobs and businesses back into America after years of unemployment under Obama, with businesses leaving America. Unemployment is the lowest it’s been in over 20 years, as pay increases, also.

Trump did this, and not Democrats who want problems to continue.

Trump wants to end taxpayer funding for clinics that provide abortions, including Planned Parenthood. Obama had America funding abortions in and outside of America in other nations. Trump stopped this once he took office.

Sanctuary cities won’t prosecute criminal illegal immigrants like MS-13, but let them walk free after committing murder. Trump moves to end every sanctuary city in America, to bring equal justice unto everyone.

Trump has 51 percent approval in America, according a Rasmussen Reports survey. Trump has freed many hostages by showing strength. Obama traded terrorists and gave money for hostages. Nations fear Trump, but just laughed at Obama.

The media attacks Trump because the liberal media supports Democrats’ ideas and no longer reports the truth. Can the media support Trump’s actions that are helping America while Democrats are hurting America?