Kannapolis City Police say “the grass is no longer greener”

KANNAPOLIS — As the City Council chambers began to fill up Tuesday evening, a trend in who was coming in became apparent.

Nearly half the seats were filled with uniformed officers from the Kannapolis Police Department. The officers were there to make a statement during the public-comment period.

“Each officer in here is wearing a uniform. They have patches on,” said Sgt. Jamie Beach of the Community Services Unit. “Some of these patches are going to change in the next few years.”

Beach spoke of a worrisome challenge facing the department: officers are being lured away by law enforcement agencies in surrounding jurisdictions that offer more competitive pay.

Beach said this is a complete shift from when he joined the department 15 years ago. Then, he said, he was offered $5,000 to $7,000 more annually as a patrolman than he’d been making as a detective with another agency.

He said he is concerned about how he is going to recruit new employees in light of the less competitive pay.

“The grass is no longer greener for the Kannapolis city Police Department,” he said.

“Kannapolis is a great department to work for, but I’ll be honest,” said Chris Hill, sergeant of the Vice Narcotics Unit. “I’m worried about its future. We have several vacancies now and anticipate several more in the near future.”

Hill said the proposed 2019 budget, first presented to the public and council at Tuesday’s meeting, does not provide enough of a pay increase to keep and attract quality officers.

The budget calls for a 2 percent raise for all city employees.

“While I like a burger as much as the next person, I do feel that people who protect us and take care of us definitely should be paid much better than they are,” Jackling said.

More discussion focused on the need for an updated pay scale and pay practice studies.

Mark Spitzer, vice president of operations for Castle & Cooke North Carolina, suggested offering bonuses as a way to ease problems with officer retention while the study is being completed.

Police Lt. Jack Livengood, who has been with the department since 1999, wasn’t convinced a pay study would help.

Jason West, a patrolman with experience in Buffalo, New York, said he chose to remain in Kannapolis only because he sees the department’s potential.

“I could leave tomorrow and easily make $5,000 to $6,000 more somewhere else,” he said. “But this is a quality department. The further we get from the other departments, the less quality we’ll have.”

Bryson Nesbitt, another patrolman, and Patrol Sgt. Phillip Watkins agreed. Both said they worry that the department will soon be attracting only new recruits who couldn’t get hired at more competitive departments.

Current officers were hired for quality, Nesbitt said, but what will happen when the department is full of less qualified officers who potentially have poor judgment or make bad decisions?

Watkins phrased it the most pointedly.

The 2019 budget has yet to be approved by the City Council. A public hearing on the budget will be held at 6 p.m. June 11. Council members agreed Tuesday to look further into the concerns expressed about police pay. 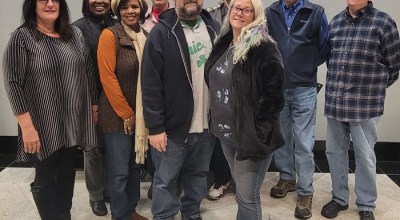