Kannapolis Memorial Day ceremony moves inside because of rain 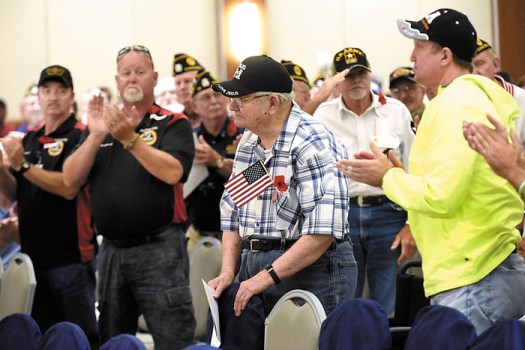 WW II veteran Ira James Mullis Sr. got a standing ovation. He is a former barber in Kannapolis who served in the Army in Italy. Wayne Hinshaw/For the Salisbury Post 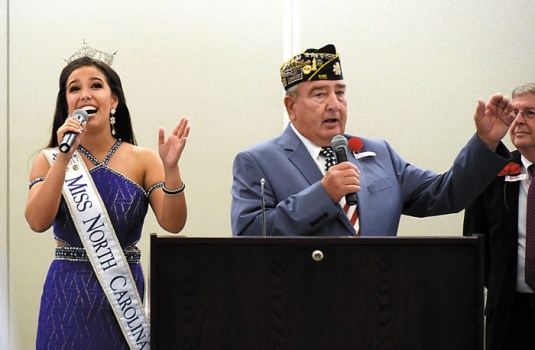 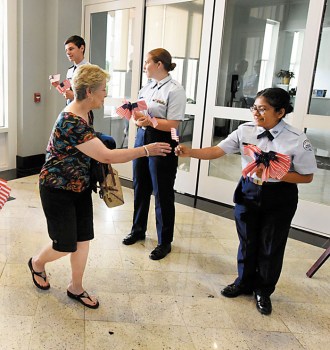 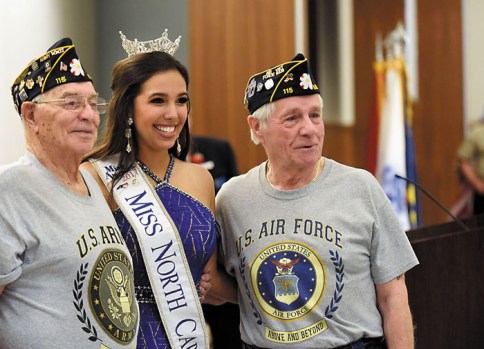 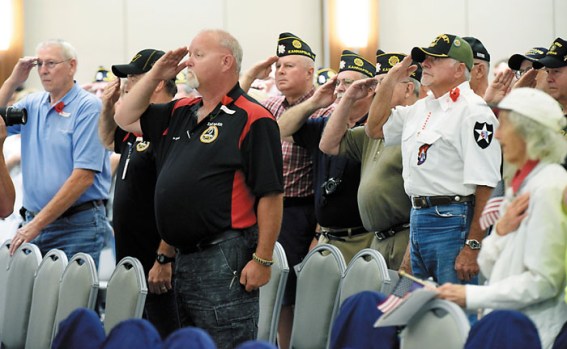 Veterans salute the colors as they enter the room. Wayne Hinshaw/For the Salisbury Post 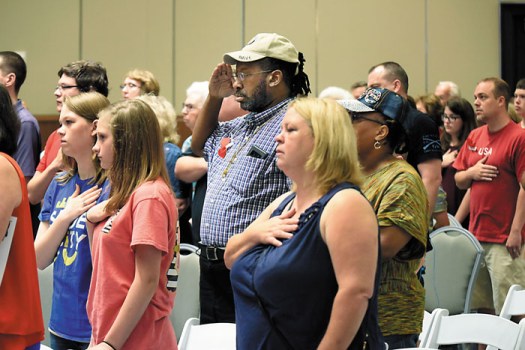 Veterans and visitors salute the Flag during the national anthem. Wayne Hinshaw/For the Salisbury Post 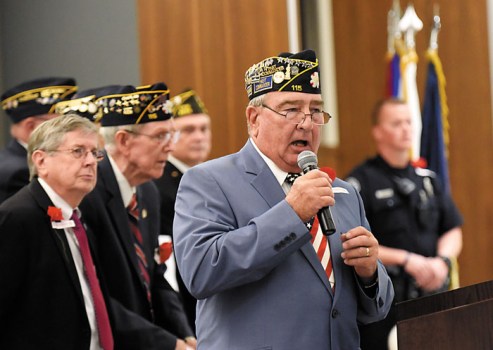 Jimmy Wilson sings 'It Has Always Been the Soldier.' Wayne Hinshaw/For the Salisbury Post

KANNAPOLIS — With rain falling Monday, the parade of veterans was moved from South Main Street and Veterans Park inside the city government building.

She told the crowd that she was “busting with pride to be here. Thank you for allowing me to be here today.”

Huggins said she comes from a military family and that her father is still serving after 31 years. She said North Carolina is the “most military-friendly state in America.” She spoke of her work on a project about dementia while serving as Miss North Carolina.

Hudson said it was an important day for honoring and thanking veterans who served the nation and some giving their lives in defense of the country. Memorial Day is a day for them to be remembered, he said.

All veterans were asked to stand to be recognized for the branch of military in which they served. World War II veteran and Kannapolis resident Ira James Mullis Sr. was recognized for his service in Italy before returning home to operate his barbershop for many years.

Jimmy Wilson sang an emotional song, “It Has Always Been the Soldier,” as many brushed away a few tears. Some in the crowd sang along with Wilson.

Outside, the sounds of Drew Barkley’s bagpipes penetrated the quietness of the ceremony while the Kannapolis Police Department Honor Guard gave a rifle salute.