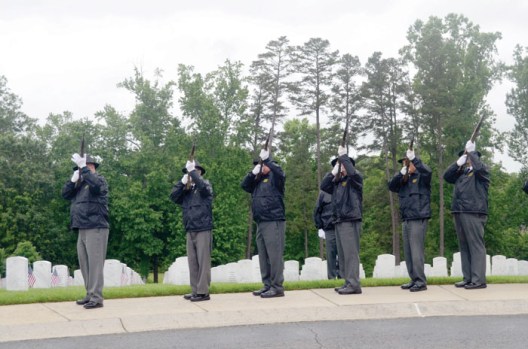 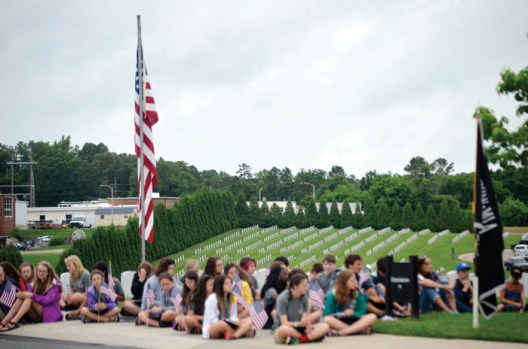 A group of children listen to guest speaker Ronnie Smith recounts his service during the Vietnam War in 1969. Behind them are the gravesites of veterans who were remembered on Monday during the Memorial Day ceremony held at the Salisbury VA Medical Center National Cemetery. Shavonne Walker/Salisbury Post 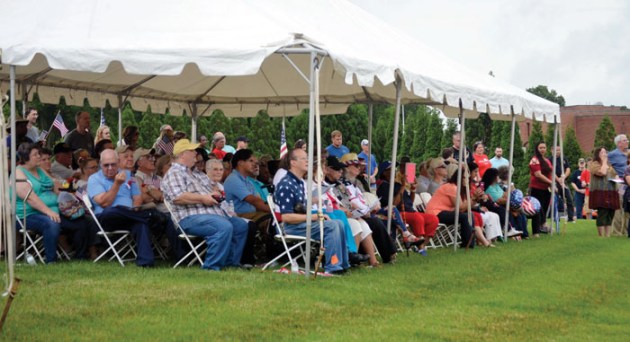 A crowd of people sit under one of two tents during the annual Memorial Day ceremony where Salisbury native and Vietnam Veteran Ronnie Smith was the guest speaker. The Monday ceremony was held at the Salisbury VA Medical Center National Cemetery. Shavonne Walker/Salisbury Post 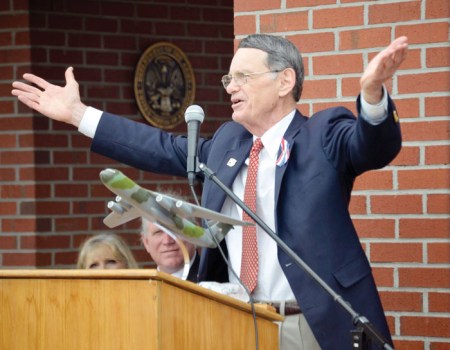 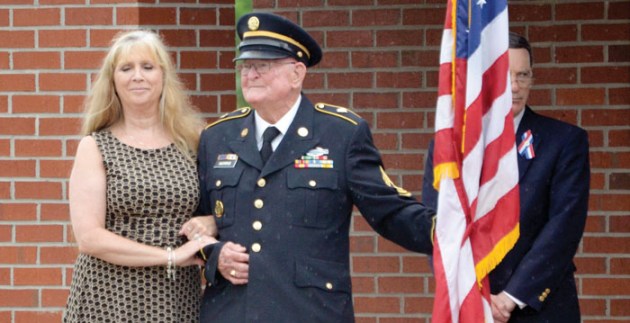 SALISBURY — A few audible sighs and sniffles could be heard in the audience as people — many of them veterans themselves — listened intently to Salisbury native and Vietnam War veteran Ronnie Smith recount a memorable time serving in the military.

Smith, who served from 1969 to 1973 as a forward air controller and command pilot, told how he gave up the opportunity to spend Christmas with his family for his mentor, Capt. David Pannabecker, who had asked if he could spend the holidays with his wife and children one last time.

“Smitty, I know this is a lot to ask,” Pannabecker explained to Smith.

Smith prayed about what he’d do and then told the captain that he could spend that holiday with his family. It was, in fact, Pannabecker’s last Christmas with his family because he was killed in combat a few months later.

Smith said he was a naive 20-something serving in Vietnam and unaware of the totality of his responsibility as a pilot before the day he helped transport the bodies of 27 soldiers killed in combat.

He had asked his captain why they were landing the plane in the dark of night and what cargo they were carrying. His captain told him to take a look in the back.

He saw 27 shipping caskets, each of which contained the remains of a man who had made the ultimate sacrifice.

During one mission, Smith said they landed and remained on the ground for an hour. They were in Vietnam to equip the plane for a medical evacuation, which meant they loaded not only 40 wounded soldiers but a team of doctors and nurses.

When the men and women landed, they were met by a man dressed as Santa Claus who climbed aboard the plane. He gave each soldier a piece of candy or fruit.

One soldier asked Smith if he could get off the plane for a few minutes. Smith initially told him no but then allowed him to disembark. The soldier kissed the ground and said he never thought he’d be home again.

“There’s thousands being celebrated today. Freedom is not free. A lot of us gave some, but some of us gave all,” Smith said.

Nancy Trexler and her husband, L.C. Trexler, traveled from Charlotte to be at the ceremony. It’s one they’ve never missed.

L.C. Trexler’s brother, J.P. “Pinky” Trexler, 97, served in World War II, as did his other relatives Percell Trexler and Moses Trexler. Moses died in the Battle of Iwo Jima in Japan.

She said there are no words to express what this country means to her and the people who know about the sacrifices made.

“It’s so sad we’re still in war and so many here have paid the full price,” Nancy said.

Percy served with the Army.

“They served and died for us; why can’t we spend an hour for them?” Beverley said.

The trio have been attending the ceremony for about seven years. They also go around to the grave sites to read the names of those who died.

Oliver and Marjorie Fezler, the parents of Steven Fezler, director of the Salisbury National Cemetery, drove from Tennessee for the ceremony.

Oliver, 92, served in the Navy in World War II. Marjorie, 91, was a cadet in the Navy Nurse Corps. The couple have been married for 71 years.

“To represent and appreciate what a wonderful country we live in,” Marjorie said when asked why they attended the ceremony.

They were there to recognize those who served, Oliver said.