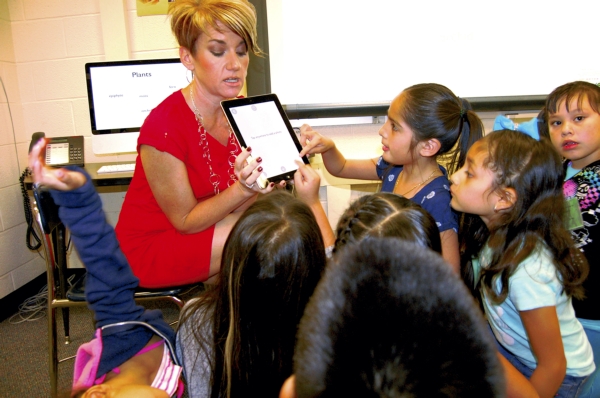 In a long survey on the public’s views of democracy and the political system, the Pew Research Center asked U.S. adults how they perceived American universities and public schools compared to educational institutions in other developed nations. The results seem both provocative and puzzling — as well as worrisome.

Pew reports that half of Americans view the nation’s colleges and universities favorably, with 16 percent saying they are “best in the world” and 35 percent assessing them as “above average.”  U.S. higher education received equivalent evaluations from Democrats and Republicans.

Public schools did not fare as well.

Most Americans, of course, do not sit around making statistical comparisons among schools in the U.S., U.K, Finland, Canada, Japan and Italy. The poll gauges respondents’ impressions and their general sense of the situation.

Perhaps Republicans are more satisfied with majority-white schools in affluent suburbia than Democrats with majority-minority schools in lower-income neighborhoods and towns. Perhaps Americans simply repeat what they have heard from the media and public debates about the standing of their universities and their public schools.

Pew took its survey earlier this year, and published its findings shortly after the April 10 release of the biennial National Assessment of Educational Progress. The so-called Nation’s Report Card showed little or no change in English and math among fourth- and eighth-graders. Commentators remarked on “flatlined’’ or “stagnated’’ scores and a “decade of stalled educational progress.”

Subsequently, four scholars at the Brookings Institution’s Brown Center issued an analysis that found “some positive trends’’ amid the overall disappointing NAEP scores. “Racial and ethnic achievement gaps have been on a gradual, and at time bumpy, decline since the 1970s,” say the Brookings team, and the trend persisted in the 2017 results.

North Carolina is among several states that showed progress in closing both the white-black and white-Hispanic achievement gaps. The Brookings scholars calculated state-by-state performance among eighth graders from 2003 to 2017.

North Carolina ranked fourth among the states in narrowing the white-Hispanic gap, reducing it by the equivalent of well more than a half-year of academic instruction. In addressing the white-black gap, North Carolina showed a modicum of progress.

While they found improvement in racial and ethnic achievement gaps, the Brookings scholars did not find progress in gaps related to students from households in poverty. North Carolina was among the few states showing modest closing of achievement gaps among low-income eighth graders.

All in all, these findings represent something more muted than a bright silver lining — perhaps a silver sliver. Despite the gradual narrowing of gaps, the Brookings scholars emphasize that “there is still too much daylight’’ in achievement between segments of American students.

“Unless we rapidly increase rates at which we close our race-, ethnicity-, and income-based gaps,” they write, “unequal access to education and the consequences of this inequality will affect students today as well as subsequent generations.”

Closing these gaps and rebuilding public confidence are central issues facing North Carolina today.  The challenge is to position schools to “level up’’ — to close the gaps even as all students are lifted to higher achievement that North Carolinians will see as a world-class education.