Kyle Busch looks to check off box, win at CMS 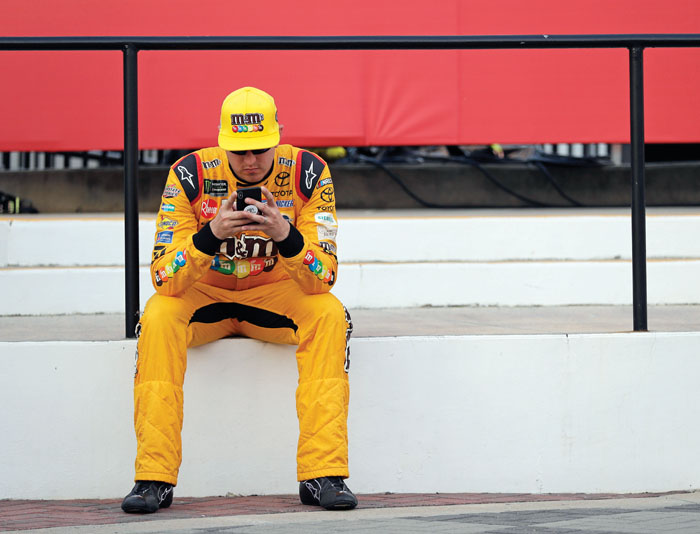 CONCORD (AP) — Kyle Busch has won a Cup points race at every track on the NASCAR circuit except one — Charlotte Motor Speedway.

Twenty-eight starts, no checkered flags — and plenty of frustration.

The 33-year-old Busch is looking to check off that final box on his racing resume Sunday in the Coca-Cola 600, considered a crown jewel race in NASCAR.

Busch will start from the pole in the No. 18 Toyota, just as he has two other times at this track.

Bad breaks, often entirely out of his control, have kept him from making a trip to victory lane in Cup races and has become a source of irritation for him.

“It’s important to me, but I’m not sure it’s important in the grand scheme of things,” Busch said Thursday night after turning a lap 191.836 mph on the 1 1/2-mile track. “It’s certainly important to me and I would love to get that knocked out of the way and to be finished with it until another new track comes up on the circuit.”

While there is the matter of completion in winning at every track, Busch is quick to point out that he has won a Cup race here.

“The last time I checked I have a trophy at home that says, ‘winner at Charlotte Motor Speedway,’ so I’ll take that to my grave with me if I do never get a points win here,” Busch said. “That will be my saving grace I guess.”

This could be the year that Busch gets it done.

He’s the Cup points leader with nine top-10 finishes and seven top-fives in 12 starts this year. He also has won three races.

His chief competitor, Kevin Harvick, who has a series-best five Cup victories, will start at the back of the field after failing inspection three times prior to qualifying.

“You can only do so much with the stuff that you’ve got and everybody at Joe Gibbs Racing has been doing a great job and working hard to put together some better stuff each and every week and to get us closer to those other guys that are a bit faster,” Busch said. “That’s all we can do is put our heads together and try to make the most of it.”

In 2013, a Fox Sports cable camera broke and fell on the track from overhead in the first half of the race with Busch leading. The nylon rope severely damaged his car, which was traveling at 195 mph.

Still, Busch has mostly good thoughts about coming to Charlotte, where he has won eight Xfinity and seven Truck Series races

“This is a race that you always enjoy coming to at Charlotte,” Busch said. “I haven’t won here in a points-paying event here I guess so it would certainly be nice to get that done here this weekend with the 600.”

Busch feels like he has a great car heading into the weekend.

“Overall with the speed in our race car right now, once you get the balance right, the car has speed so you just got to keep it there,” Busch said. “It seems like our box might be a little bit smaller than some other guys, but when we do get it there, it shows up.”