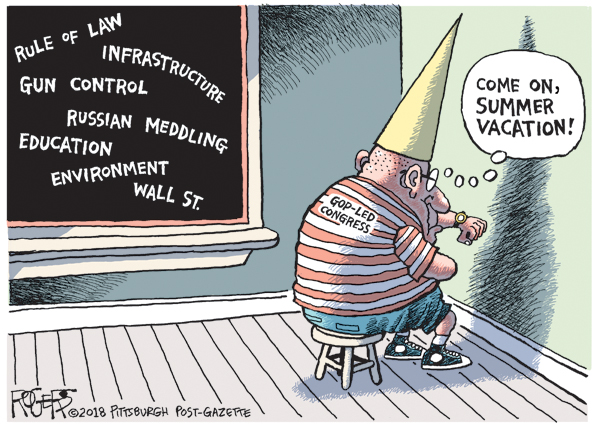 … After the opioid forum: Community leaders say collaboration is key

Evil always prevails when good people do nothing.

The drug epidemic in Rowan County has been a problem for at least the last 20 years. What government agency took the lead in addressing the crack/cocaine health crisis?

… As sad as it is to see any family impacted by such evil, the same attention that is now given to opoids should have been shown when crack/cocaine was the abused drug of choice. We are more alike than different, and now that our likeness is showing up elsewhere, we much come together and find a solution.

Rowan County, do not all citizens deserve to be shown this type of attention, regardless of what drug is being abused? Pay-to-play is a hard stance to accept, especially when it visits your family is such a negative and destructive way!

I do not have enough words to adequately state the immediate and critical need for this kind of plan to be put in place in our schools and pre-schools. What, I ask you, is more important right now than dealing with crises — and I must add in here that the crisis of failing literacy rates at elementary levels among our black/brown/poor students is, and has been for quite some time, equally as critical — that have already proven to be the near decimation of so many rural and urban poor communities?

This is not an abstract problem in someone else’s community — not when people are overdosing on Main Street, leaving their children in the back seat of a car; not when we have third-graders who can’t read; not when we have 18-year-olds aging out of our school system unable to read but who must support themselves; not when we have a whole generation or two for whom remediation of these skills is harder and harder to achieve, perhaps not possible.

… Editorial: Rehab and hope behind bars

In North Carolina, a jail holds defendants awaiting trial and serves as misdemeanor confinement facility for sentences of a shorter duration than it typically takes to complete an inpatient treatment program.

Sheriff Kevin Auten is compassionate about people, and it is great that he is focusing on what short-term options may be suitable to stem the cycle of addiction while people are incarcerated at the local jail.

This is a topic he has focused on for years, and now it is reassuring that he has the support of the community in seeking solutions.

What happened to taking responsibility for your own actions? Please, stop the victim attitude.

Clyde, Time Was: Of shoes, shopping and parking meters

You forgot Walkers Shoe Store near the Square, and it was Gil Walker’s Gulf station that had the banana trees.

As long as gun-free zones exist, your grandchildren are sitting ducks for any crazy that comes along, (maybe using a truck, or a knife, or a pipe bomb).

And why do you favor leaving your grandchildren so unprotected? Do you care for them so little that crazies can get to them unimpeded?

That guns save lives is powerful testimony of the power of firearms to protect innocent lives.

A good guy with a gun protected the lives of grandchildren in Dixon, Illinois, recently (where a school resource officer exchanged gunfire with and stopped a 19-year-old who brought a gun to graduation practice). Do you have a problem with using deadly force to stop someone intent on doing harm?

I agree with you completely: laws and restrictions will never eliminate the bad guys’ access to guns. That does make me mad as hell.

The mass shootings in “gun free” areas are our (society’s) fault because we have created soft and inviting targets for deluded individuals. That does make me mad as hell.

As for reasonable restrictions, you are an intelligent person; surely you can’t mean that you want a “wild West” guns-for-anybody, anytime, anywhere situation.

So why does the idea of restrictions on convicted felons, the mentally ill, people on the terrorist “no fly” list, those guilty of domestic violence and juveniles (like the Texas kid who was mad at a girl for rejecting him) upset you so much? Why object to the idea that background checks should apply to guns bought a gun show?

It was nothing less than awesome. Peace and love, my sisters and brothers. Remember to be kind to one another ’cause you never know who needs that kinda stuff.

… When did US debt stop mattering?

Wow. For a minute there, Cal Thomas almost criticized the GOP. Fetch my fainting couch.

Yes, Obama shot our debt up, but a large part of that was digging us out of Bush’s recession. With a restored economy and positive GDP growth, the Republicans cut taxes on the wealthy and increased spending, ensuring that the country incurred even larger debt, with less money coming in to pay it off.

It’s never going to trickle down, folks. Stop believing this lie. It didn’t under Reagan or Bush. It didn’t in Kansas or Oklahoma. It’s not going to under Trump.

The Republican plan is to give the 1 percent even more money, then eliminate Social Security, Medicaid, CHIP, SNAP and other social programs to make payments on the debt they created. Paul Ryan has admitted this straight up.

The first part of the plan is done. Don’t let them go through with the rest.

Giving the big tax cut to the very wealthy only widened the gap between the very wealthy and those that are working poor and gives the GOP an excuse to try to cut out social programs that help the poor.

The GOP has always been against Social Security, Medicare, all social programs, and they will take any excuse to try to get rid of such programs. I only hope there is a nation to be saved when we get rid of the GOP and Trump.

… In the trenches: Walmart employee of 28 years: It’s all about the customers

I have very fond memories working and training with her She was there for me in some major highs and lows in my life. I’ll always cherish our friendship. Love you, girl. God bless you.

Congratulations, Mrs.Bush. “Let the work I do speak for me.” You deserve all the accolades. Sounds like your job has become your joy. May God continue to richly bless you and your family.

… Letter: We have the power to create solutions

Thank you for your thoughtful letter. I agree with you in that there is always hope. I personlly believe that people tend to be kind, good, caring. I find most folks are eager to jump in and make things better for all. There is enough work to go around, to be sure.

… For Linda Hunt, theater is ‘a part of you’

Congratulations Linda. Continue in the gift God has given you.

Without a doubt you are so deserving, as well as equipped for the task.

Do what you do best and enjoy the journey.

I plan to be there to support as a fellow thespian, a Livingstone employee, sistah and advocate of Dreamers.

… More than 250 people turn out for ‘Ministers of Comedy’ fundraiser

What a very entertaining night. I personally haven’t laughed as much in years. It wasn’t all laugh by joke, though. G and the Chiefs (takeoff on Gladys Knight and the Pips) were extremely funny with their rendition of “Midnight Train to Georgia.” Singing was excellent but the Pips’ — er, Chiefs’ — dance routine definitely was the highlight. …

Hats off to all who participated in the event, particularly the chiefs. Great community leaders. The ministers were all very funny.

And contribute to the Dixonville-Lincoln Memorial to preserve a piece of hstory.

One possible solution: As surreptitiously as possible, siphon some of the proceeds from the NC Education Lottery and deviously divert it to … education. I am ashamed of Republicans for misappropriating lottery proceeds; I expect it from Democrats, but this batch of Republicans is no better.

The percentage of lottery money that finds its way to primary education schools is disgraceful.

From my perspective as a store owner, the festival was a huge success.

I really appreciate all of the work that went into this between the parks and rec department and Downtown Salisbury Inc. I also appreciate that the festival was more spread out and took place in front of more merchants.