As retirement approaches, is Danica a Hall of Famer? 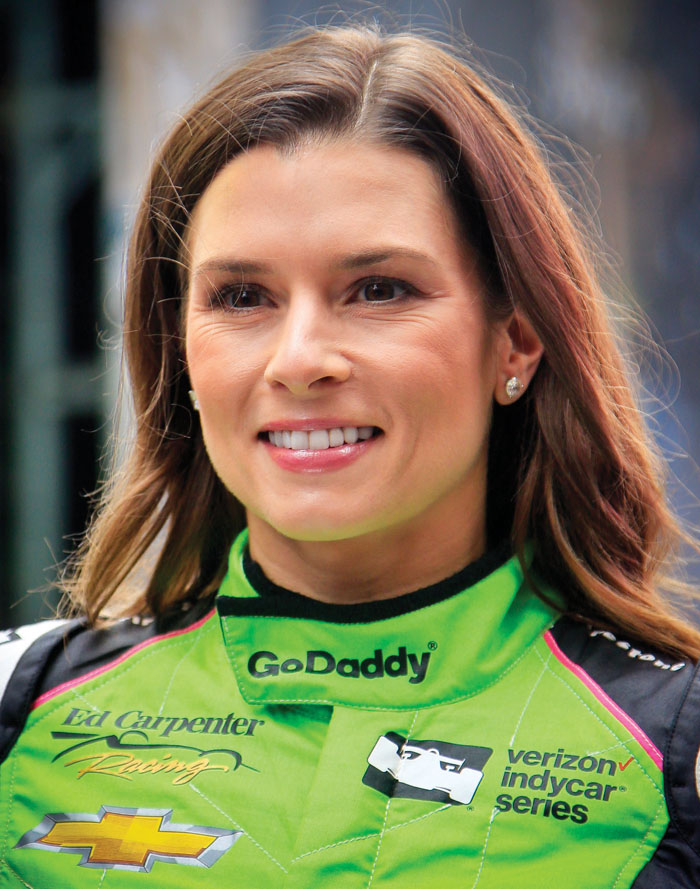 Danica Patrick poses after the unveiling of a life-size Lego statue creation of herself, Tuesday, May 22, 2018, in New York. (AP Photo/Bebeto Matthews)

DETROIT (AP) — As Danica Patrick prepares for her farewell at this weekend’s Indianapolis 500, another big event on the auto racing calendar looms earlier in the week: The vote for the NASCAR Hall of Fame.

Jeff Gordon is the big name among the nominees for Wednesday’s vote , but as Patrick’s retirement approaches, her own candidacy for an honor like that has become an interesting topic.

Ed Carpenter, this year’s Indy 500 pole winner and Patrick’s team owner for Sunday’s race, was asked if she should receive Hall of Fame consideration.

“I think so, yeah,” he said at an event in Michigan. “She definitely broke down barriers. She’s done a ton of good for the sport of racing, both in IndyCar and in NASCAR. She’s a fierce competitor. I’ve raced against her for a long time, and she’s earned her place just like the rest of us. She’s had her success, she’s taken her lumps, just like the rest of us. But she’s definitely left a very good legacy and has done far more good for racing than a lot of drivers have.”

Carpenter wasn’t asked about any specific Hall of Fame honor for Patrick, whose career has spanned both open-wheel and stock-car racing. She is the only woman to lead laps in both the Indianapolis 500 and the Daytona 500. She won the pole for the Daytona 500 in 2013 and won an IndyCar race in 2008.

But that was her lone IndyCar win. She never had a top-five finish in NASCAR.

“I don’t know, I think that anything I have accomplished as a statistic or something to be honored for, whatever, they are things that if they happen, they are great, but they were not my goal,” she said. “Any record I have I didn’t really know until after; those things either happen or they don’t, all those kinds of things I don’t plan on. I am not really thinking about that, anything like that, though it is quite the honor.”

“I think she’s the best female there ever was, right? You’ve got to give her credit for what she’s done,” 2016 IndyCar champion Simon Pagenaud said. “Quite frankly, this month, she’s done tremendous. She’s calm, collected, she hasn’t made a mistake with the car. She’s done her job so far. She was the only woman in NASCAR. She’s the only woman to win an IndyCar race. You’ve got to respect that.”

Patrick notched another first late Tuesday: She will be the first woman to host ESPN’s annual awards show when the ESPYs are held July 18 in Los Angeles.