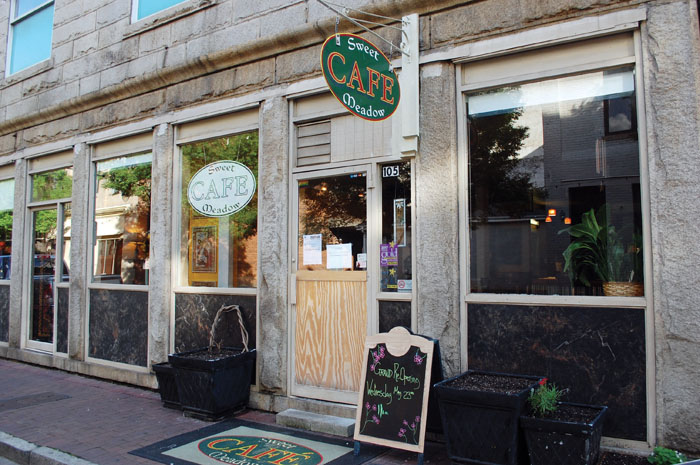 SALISBURY — After being closed just under a month, Sweet Meadow Cafe has finished its move to Fisher Street.

Owner Heather Teeter said there were “so many” volunteers who helped with the move from Sweet Meadow’s previous location on North Main Street.

“It was overwhelming,” Teeter said.

The restaurant, which is now at 105 E. Fisher St. near City Tavern, has been in two other locations previously — on West Innes Street and North Main Street.

“The new place is cozy and quirky, and we are excited about everything,” Teeter said. “Getting back into the swing of things, seeing all the people that we have missed and also working with all of our Fisher Street neighbors to make some magic for Salisbury.”

“There are so many people that have donated time — and lots of it — as well as resources and constant encouragement,” Teeter said on Facebook.