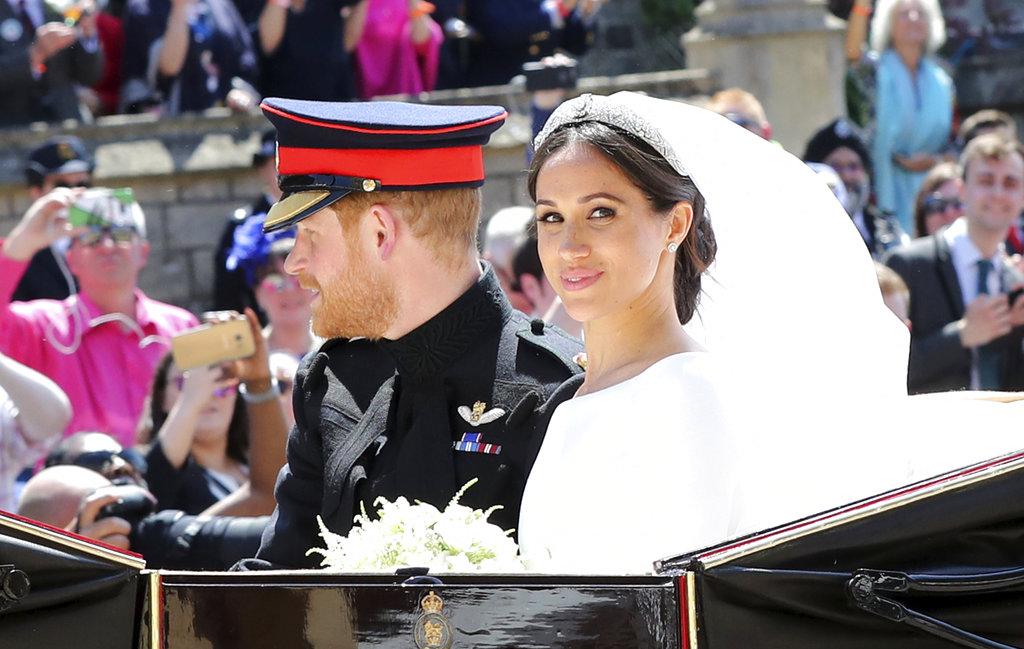 Britain's Prince Harry and his wife Meghan Markle leave after their wedding ceremony, at St. George's Chapel in Windsor Castle in Windsor, near London, England, Saturday, May 19, 2018. (Gareth Fuller/pool photo via AP)

When Harry met Meghan, a transformative spirit unfolded. The significance of an African American woman marrying into British Royalty is something many people of color, as well as others, haven’t truly grasped. Some perspective is needed.

Hallmark movies usually depict their commoner princesses as white and sell a love story that is hard for many of us to identify with. The British Crown is steeped deep in colonialism and “white rule” with white privilege, which has disadvantaged many on and from the African continent. Kings, queens and royal blood lines have been sold as the birthright of a few self-selected monarchies, usually white, as if no others need apply.

Though for years the media has splashed lifestyles of black athletes and celebrities with money, usually men, attached to white women as a status symbol, the beauty of black women fell by the wayside. From this concept evolves rebellions in the street trying to demonstrate that black lives matter just the way we are.

More bloodlines have been mixed with African heritages than folks are willing to acknowledge. Mendellian dominance from biology demonstrates the genetic strength of our genes in all human trees of life. So if Prince Harry and Duchess of Sussex Megan have children, the nonsense of racial superiority will continue to take hits as people find love in all kinds of places.

This is a bigger deal than electing President Barack Obama, who unfortunately was given a Nobel Peace Prize for being black without substantial peace efforts; whereas, Bishop Michael Curry in his sermon at their wedding pointed to love and the passion of such fire as enough to change a world. Such truly would be worthy of a Nobel Prize.

The pageantry of royal weddings was intriguing. The parade of celebrities strutting their stuff could have easily outshone the bride and groom. Serena Williams brought her “A game” with her hair style and outfits, though her husband’s pants were riding high above some weird socks. Amal and George Clooney let the sun shine in through her bright yellow ensemble with an elegance that many tried to achieve but came up short.

As a divorced woman, Rachel Meghan Markle’s marrying a never-married man challenged  royal protocol for the Anglican Church headed by the queen.

However, the African-American experience was blended into a unique wedding celebration. A child of the ’50s and ’60s, the Etta James version of a soulful Ben E. King song chosen by the couple as their song — “Stand By Me” — stirred the passions of many.

Reflecting on the experiences of Queen Elizabeth — whose uncle King Edward VIII abdicated for the love of an American divorcee, her sister Margaret denied the right to marry one of the loves of her life, or Prince Charles being given a pass in marrying Camilla Bowles — the queen welcomed new considerations at a different time. She stands by her family in hope of preserving the monarchy as it transitions through changing cultural and socioeconomic dynamics. Remember, it was the queen who gave the gold for the Markel wedding ban.

The royal couple’s request of no gifts in lieu of donations to their favorite charities was refreshing and a right step on their path to selfless service. Princess Diana, Prince Harry’s deceased and beloved mother, would likely have been supportive of this union.

The rising of Prince Charles to meet the bride halfway and walk her down the aisle in the absence of her father spoke volumes.

The fact of HRH, the Duchess of Sussex Meghan’s professed feminism in support of gender equality in this “Me Too” environment will go a long way in getting women to stand with each other in fighting battles which limit our potential.

When she put a ring on it, on Prince Harry, she fulfilled for the public his taming in the name of love. The picture of Megan Markel with a crown on her head — even though she will never be queen — speaks to the stuff of which dreams are made. Little girls everywhere can write their own dreams and hopefully treat themselves as royalty.