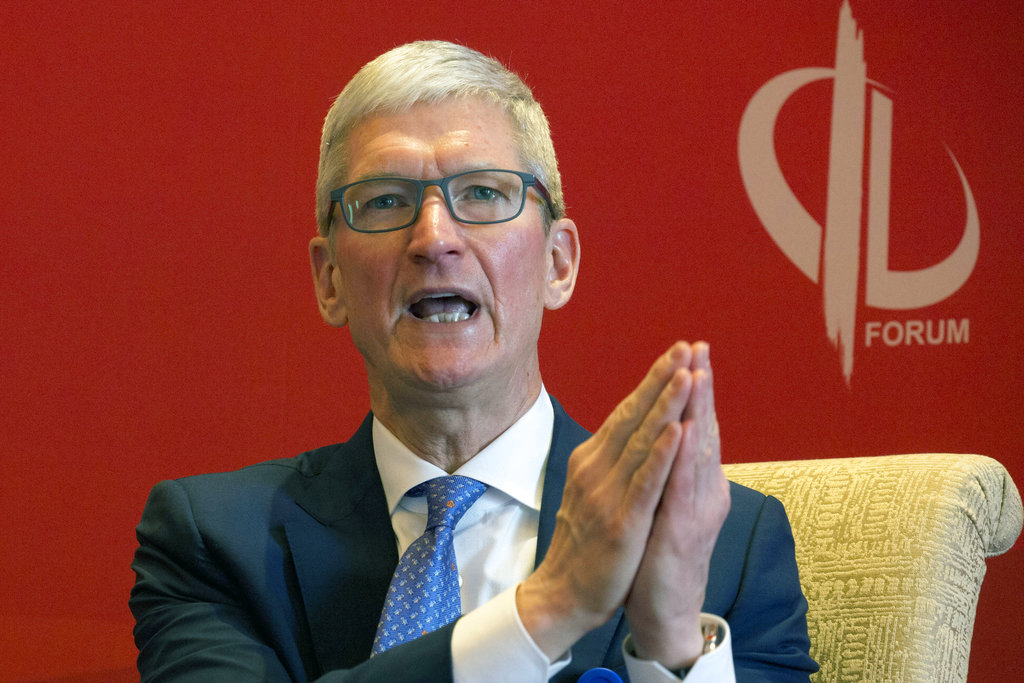 Tim Cook, Apple CEO, speaks at a economic summit a day before the China Development Forum in Beijing, China, Gay-rights advocates are divided on a potential marriage between the state of North Carolina and a company that stands out for its support of LGBT workers and causes. Now Apple Inc. is thinking about building a new corporate campus that could bring thousands of jobs to the Raleigh-Durham area. AP Photo/Ng Han Guan

Unfortunately, some Democratic allies are hoping that the legislature’s support of HB2 will keep Apple and Amazon out of North Carolina. They want the state to feel the pain of bad policies. …. The best way to reverse the attitudes that lead to reactionary and discriminatory legislation is to increase the influence of people and voters who want change.

Apple’s CEO Tim Cook is a graduate of Duke University and gay. He’s also looking to bring about 10,000 jobs to some state. It might as well be ours.

Apple’s economic footprint would be far larger than just the number of jobs. It would change the face of the state. … A guy like Cook could have far more impact in reversing or preventing discriminatory policies if he’s in the state instead of out.

Republican policies have certainly made businesses skittish about moving here, but boycotts that keep progressive companies out of North Carolina will prevent the state from evolving into a more welcoming place. We need more people like Tim Cook exerting influence, not fewer. We need the high-paying jobs, that in turn bring an educated workforce, to build the critical mass necessary to combat discriminatory policies.