Legion baseball: Rowan wins a long one at Stanly 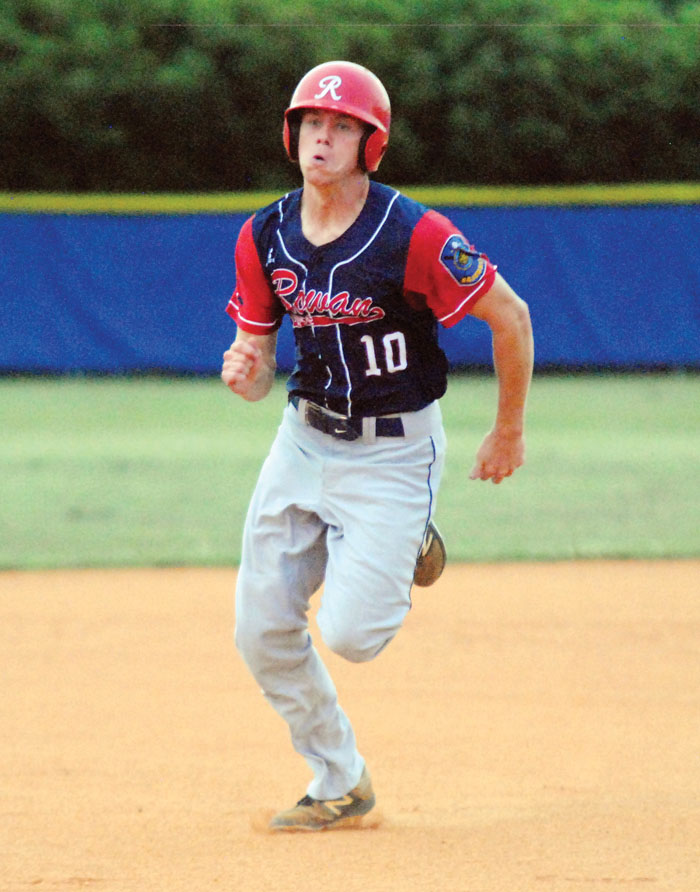 ALBEMARLE — It was long and it was ugly, but Rowan County won another American Legion baseball game on Monday.

Legion games really are just seven innings this year, but a 15-9 win at Stanly County’s Don Montgomery Park still took more than three hours to put in the books. Both teams are in the Southern Division of Area III, but the win won’t count in the league standings.

The first inning alone was a 50-minute marathon. The first three batters of the game walked for Rowan (2-0), and Rowan wound up drawing five walks and producing three hits in a six-run frame against Stanly starter and loser Jake Allen. That huge inning, which included a two-run double by Hayden Setzer and a two-run single by Matthew Mathis, allowed Rowan to play from in front all night with very little pressure.

Rowan started East Rown ace Setzer on the mound, but the Catawba signee labored and threw a lot pitches in his two innings. Olen Stamper got banged around some in the fourth, but got through two innings. Jake Perez, mostly an outfielder at West Rowan, threw the last three innings and was Rowan’s most effective hurler. He allowed a solo homer to Seth Grice in the sixth, but he put up zeroes in the fifth and seventh.

CP Pyle, a freshman at Carson, had three hits and made a running catch of a line drive in center field. Setzer was better at the plate than on the bump and smacked a pair of doubles. He had three RBIs and three runs scored even though he left the game in the third. John Owen, who played third base, had RBIs with a walk and sac fly on his first two plate appearances. Chandler Lippard lashed a two-run double during a five-run third inning that put Rowan in charge — at the time, at least — 13-3.

Stanly Post 76 (1-2) fought back with a five-run fourth against Stamper that was aided by a couple of weird hops in the infield.

Perez restored order during the final innings and got everyone home before midnight.

NOTES: There was some rain, including a brief downpour in the bottom of the fifth. … Rowan accepted eight walks in the first two innings. … The defensive highlight was turned in by Rowan right fielder Clayton Gilmore. Gilmore, cut-off man Mathis and shortstop Bryson Wagner, who made the tag, cut down Grice leading off the third inning when he tried for two bases on a hit down the right-field line. … Rowan is off tonight before welcoming Concord to Newman Park at 7 p.m. on Wednesday.