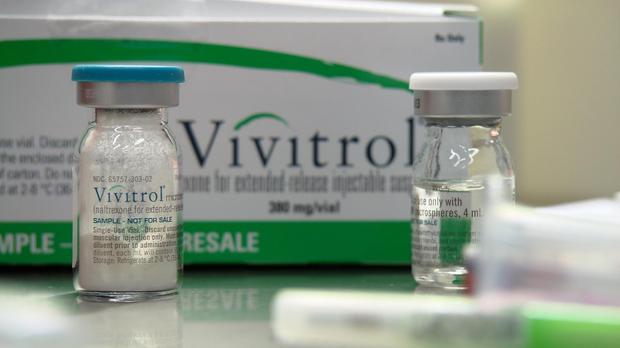 Vivitrol blocks the effects of heroin, morphine, oxycodone and other opiates for up to 30 days.

During recent discussions in Rowan about solutions to the opioid epidemic, the fact that so many addicts wind up in jail has surfaced as an opportunity. This is one place where the community could — and should — step in and offer help.

That’s the philosophy behind several projects in Kentucky. In Kenton County, for example, a 70-bed pod has been transformed into a therapeutic community where people can get rehab, if they volunteer for it. The unit offers G.E.D classes, instruction on criminal-addictive thinking, 12-step meetings, overdose-resuscitation training, exercise, prayer and meditation and counseling, among other things.

The Kenton unit also is fighting addiction with a drug: Vivitrol, an antagonist medication that blocks opioid receptors in the brain for up to 30 days. Just before inmates in the rehab program leave the jail, they are given a Vivitrol injection; they can return for monthly shots after they get out.

While the Kenton jail’s overall recidivism rate is 70 percent, those who go through the rehab program are said to have about a 10 percent return rate.

A CBS report from October 2016 included this interview with a former inmate:

Not even a near-fatal overdose kept Jordan West from using again. He eventually ended up in the Kenton County jail for 90 days on a possession charge. He signed up for the program, and the Vivitrol.

“Before my perspective was, when I wasn’t on this stuff, it was, ‘drugs, drugs, drugs. Who can I manipulate? Who can I steal from? Who can I lie to? Who can I deceive?’” West said.

“And with this Vivitrol, when it’s blocking the cravings, it’s, ‘What can I do for the next man? How can I help somebody else out?’”

Jail offers addicts a shot at getting clean, and Vivitrol offers a chance of staying clean. West is now back in school.

Auten says he is following the progress of a similar pilot program at the Rutherford County Detention Center in North Carolina, which uses counselors, individual and group therapy and Vivitrol. It takes much longer than a brief stint in jail to turn around addicts’ lives, Auten says, but such a program could at least get them started.