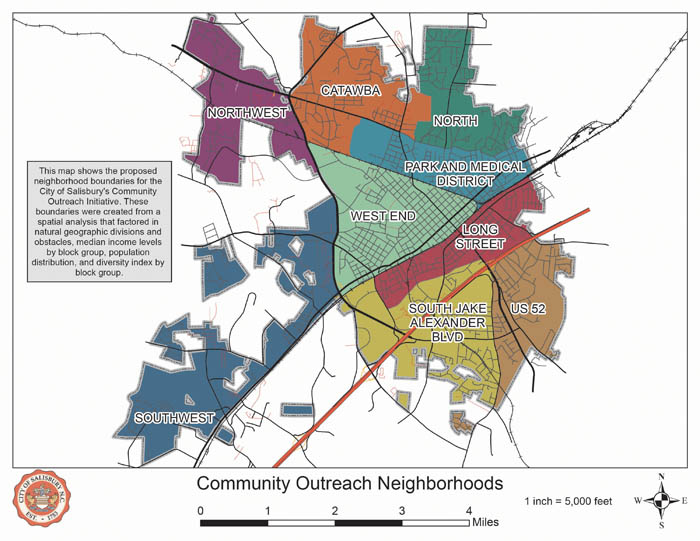 The first meeting will be for residents in the “Park and Medical” area of the city, which encompasses neighborhoods around City Park, the hospital and the North Main Street area.

Chit, Chat & Chew town halls grew out of a request from council members and residents who wanted increased engagement beyond the public-comment period at City Council meetings.

All topics are welcome, though some answers to questions may need follow-up.

To allow residents to have more targeted discussions with City Council members, a map of nine areas was created, sectioning neighborhoods based on natural barriers, roadways, population distribution and median income.

In addition, some neighborhoods have different needs and concerns than others, such as code enforcement, leaf collection and road condition concerns.

Town halls will be held in each of the nine areas every other month, although residents throughout the city are welcome at any Chit, Chat & Chew meeting.

“Recognizing that each neighborhood in our city has its own set of challenges and triumphs, Chit, Chat & Chew is an opportunity to have some of those challenges addressed or to tout their community accomplishments, and perhaps provide support to others in the room,” said Anne Little, Salisbury human relations manager. “This event is not only an opportunity for Salisburians to interact with their elected officials but also with their neighbors in an informal setting.”

Thursday’s town-hall meeting will begin after a light dinner.

For more information on Chit, Chat & Chew, contact Little at anne.little@salisburync.gov or call 704-638-5218.