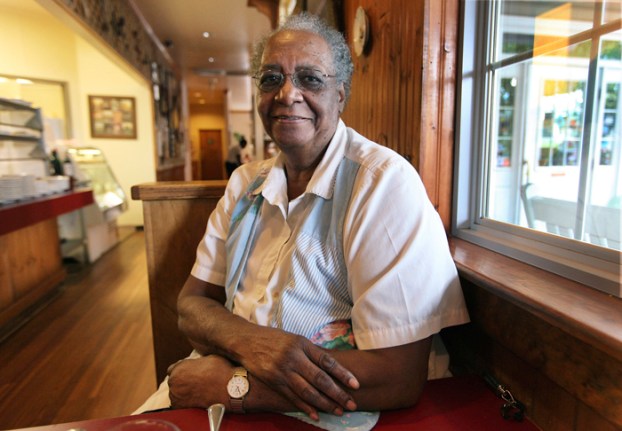 In this 2010 photo, Mildred Council, known as Mama Dip, poses for a photo at her restaurant in the Chapel Hill, N.C. Council, a North Carolina restaurant owner known for her generosity and her fried chicken, died Sunday, May 20, 2018, at UNC Hospitals in Chapel Hill at the age of 89, the family of Mildred Council said. (Chuck Liddy/The News & Observer via AP)

CHAPEL HILL — A Chapel Hill restaurant owner known as much for generosity as her fried chicken has died at the age of 89, her family said Monday.

Council had not worked at the restaurant, Mama Dip’s Kitchen, for several years because of health problems, they said. Still, her death was a surprise.

“She’s been in good spirits,” daughter Annette Council said in an interview at the restaurant. “All day yesterday, she was just great, and all of the sudden, it just happened. We were all shocked.”

Council, the granddaughter of a slave, opened the restaurant in Chapel Hill in 1976 with $40 to purchase food and $24 for change. She moved to a larger space across the street in 1999.

“My mom started a business just to make a living for her family,” Annette Council said. “We had no idea, any of us, that it would turn out to be all this.

“My mom always taught us that if you love what you do, everything else will follow, including money,” she added. “So we always worked hard just because we love this place. We love the customers. We love what we do. So it was never about the money; it was about making people happy.”

Originally, the restaurant didn’t include “Mama” in its name, said another daughter, Spring Council. It did include “Dip,” a childhood nickname that the 6-foot-2 Mildred Council got when she was young because her arms were long enough to dip water from barrels.

One day, Jordan and Worthy, then college basketball players, were in the restaurant and heard the family in the kitchen calling her “Mama,” so they took to calling her “Mama Dip,” a name that stuck, Spring Council said.

Four of her children now manage the restaurant, and some grandchildren work there, the daughters said.

The restaurant was open Monday and likely will only close for the day before and day of her funeral, Spring Council said. Closing the restaurant only briefly is part of their legacy to their mother, they said.

“We do have staff, and they have to take care of their bills,” she said. “That’s what she’d want us to do.”

Knox Funeral Home in Chapel Hill is handling the arrangements.

In lieu of flowers, the family requests that donations go to the Mama Dip Share the Love Fund of Triangle Community Foundation.

Mildred Council was a giving person who taught her children to help others, her daughters said. They plan to honor their mother, Annette Council said: “Just keeping that going and keeping her fried chicken good.”