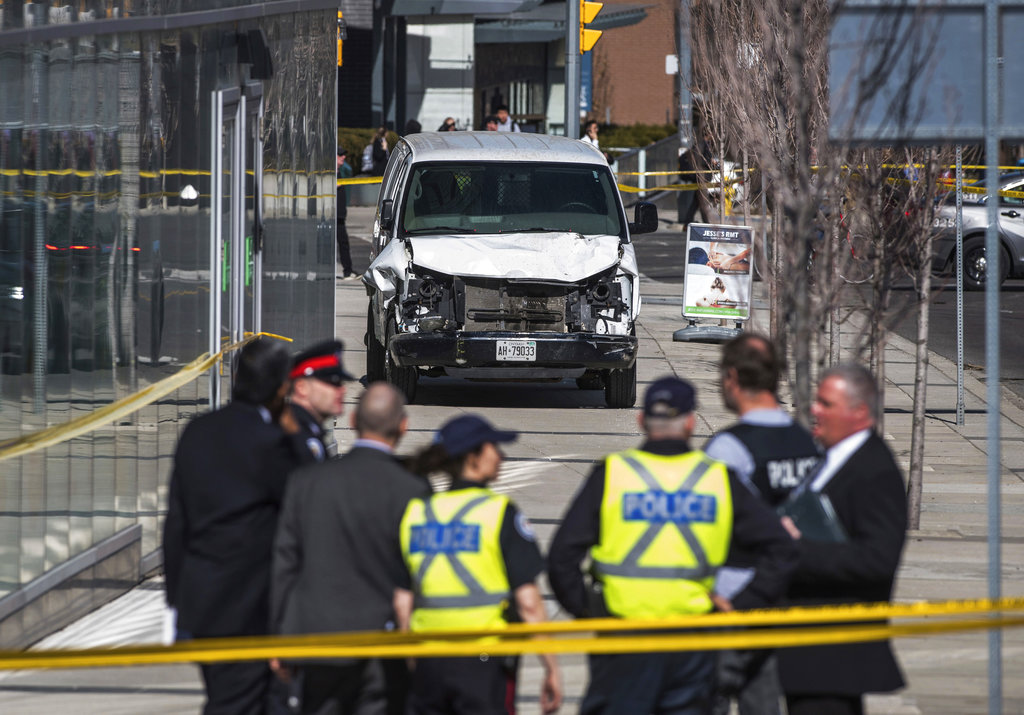 Police stand near a damaged van after a van mounted a sidewalk crashing into pedestrians in Toronto in April. Alek Minassian, accused of driving a van into pedestrians, faces 16 counts of attempted murder and 10 counts of murder. AP photo

When a young Canadian committed a massacre recently by driving a rental truck into Toronto pedestrians, many people at first assumed it was another jihadist terror attack. But it actually was an entirely different type of menace.

Alek Minassian, 25, was spurred by woman-hating, fostered by an online community of bitter men who call themselves “incels” (involuntarily celibate). Minassian posted a boast that he would wage an “incel rebellion” by killing women and their male partners. He was charged with 10 counts of murder and 13 counts of attempted murder.

The Toronto tragedy triggered reports on the dangerous new “incel” movement. Criminologist Simon Cottee wrote that some young men who cannot find girlfriends or lovers voice their frustration on special websites for such loners. They reinforce each other’s feelings and hostilities in online echo chambers.

“They are ashamed of their sexual failure,” he wrote. “At the same time, they are resentful of the sexual success of others, which amplifies their own sense of inadequacy … . (They) rationalize their shame and redirect the blame for their failure onto women.”

Dr. Cottee said the deprived men think that attractive women are “having sex with everyone but them.” The “incels” demonize younger women — and also hate males accepted by the females.

The first known “incel” attack was committed in 2014 by 22-year-old Elliot Rodger, in California. Armed with three pistols, he killed six people, including college sorority girls, and drove his car into others. Cornered by police, he killed himself in his car. He became an idol of the online “incel” movement.

Perhaps the phenomenon echoes a 1966 tragedy in which an alcoholic petty criminal named Richard Speck stabbed and strangled eight student nurses in a Chicago dormitory.

Cruel atrocities aimed at women who are minding their own business are not relegated to other cultures and other parts of the world. These examples show hatred of women is alive, and possibly thriving in the West.