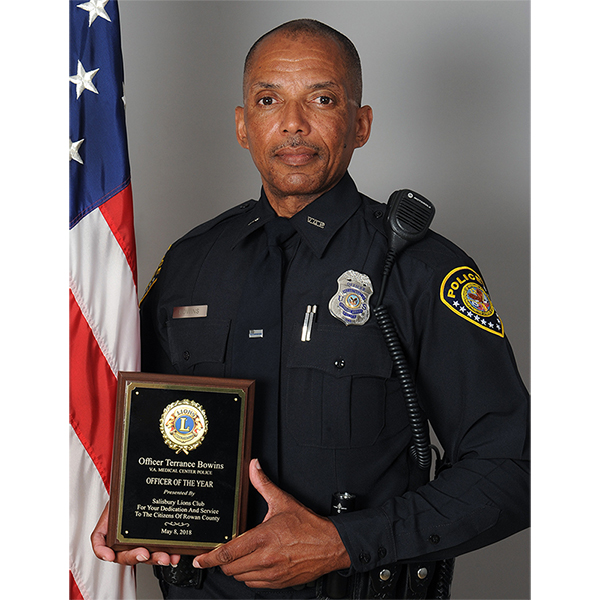 Bowins exemplifies the mission of VA, “to care for those that have borne the battle,” and sets the golden standard for dependability and commitment, according to a press release from the VA.

In January, Bowins assisted with performing CPR on a non-responsive Charlotte bus driver at the Charlotte Health Care Center. The driver was transported to a local hospital by EMS, where he was released later that day.

A retired Navy veteran, Bowins has an extensive police career including federal police service with NASA, the Department of Defense, and VA Police in Columbia, S.C.

Bowins has been an employee of the Salisbury VA HCS since 2015.

Salisbury VA Police Chief Jason Harrington presented Bowins with a plaque during the annual Respect for Law breakfast, hosted by the Salisbury Lions Club, which was held May 8.

The annual award coincides with Peace Officers Memorial Day, which falls on May 15, and National Police Week, the week of May 15, which were designated by President John F. Kennedy in 1962.

Clyde, Time Was: Of shoes, shopping and parking meters